The rural countryside of Ireland, the ancient castles and mysterious lochs of Scotland, the icons and museums of England and the uncontaminated nature of the Hebrides and the Channel Islands. 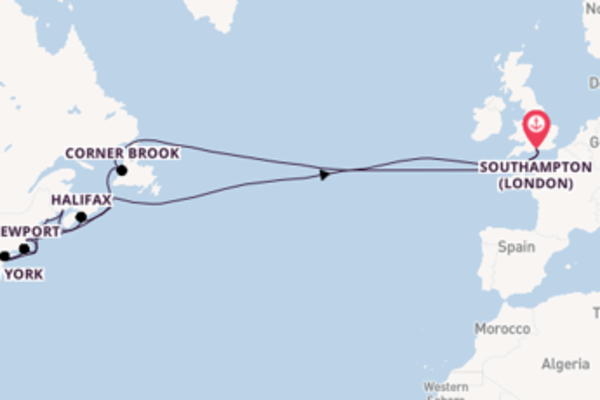 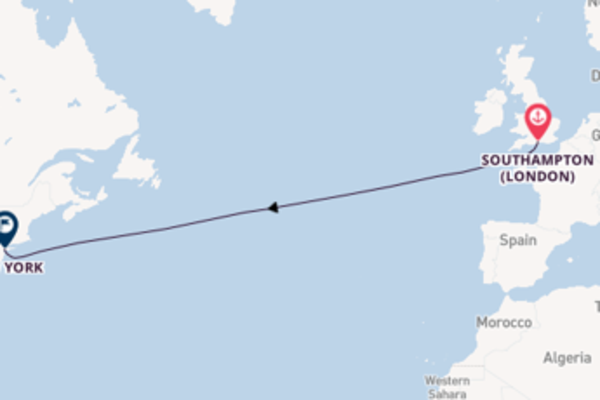 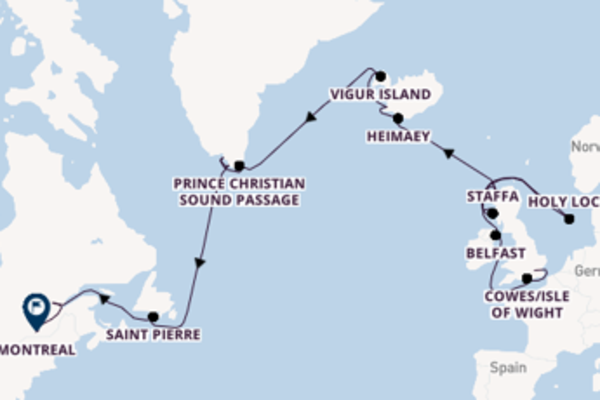 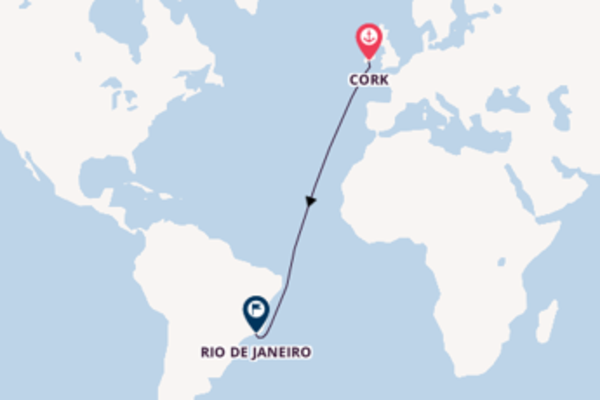 14 nights with the Viking Polaris
Transatlantic, South America,British Isles
10/2022
from$9,795 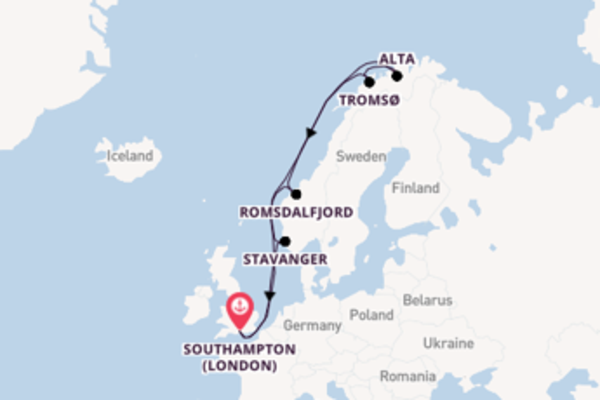 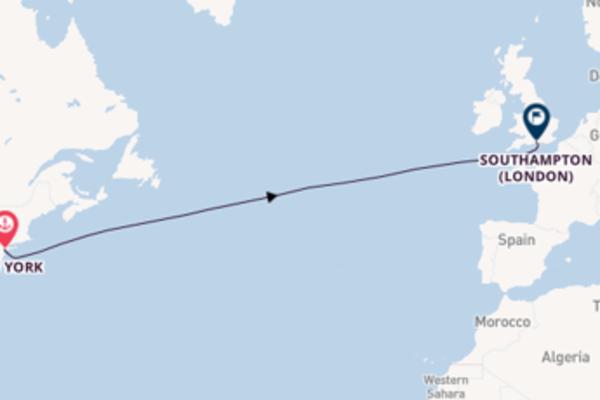 British Isles Cruises
A cruise to the British Isles never fails to impress with a wide variety of beautiful landscapes. This holiday experience is sure to remain with you long after you have returned home. The British Isles is a sublime wilderness - it is a place where the past comes to life. Breathtaking geographical and historical sites that are a must-see include England's Stonehenge, Scotland's Edinburgh Castle, Northern Ireland's Giant's Causeway and England's Yorkshire Dales. While the summer is the peak time for tourist visits, the cities throughout the British Isles have an atmosphere of their own in winter with festivals, carol concerts and cosy pubs. Surfing in Newquay, drinking Guinness in Dublin, walking the walls of Conway Castle and walking on Dartmoor are just a small but exciting handful of activities available to tourists. The rolling green countrysides and charming cities will leave you wanting to return time and time again.
Show all Offers

Sail to the verdant and dramatic shores of the British Isles - the lands of age-old forts and castles, boasting rich history and mythology. Visiting the British Isles in the summer is the best option by far - just remember the seasons here are the opposite to home! Princess offer great cruises to the British Isles, with some fantastic itineraries and Irish music and dance on board. 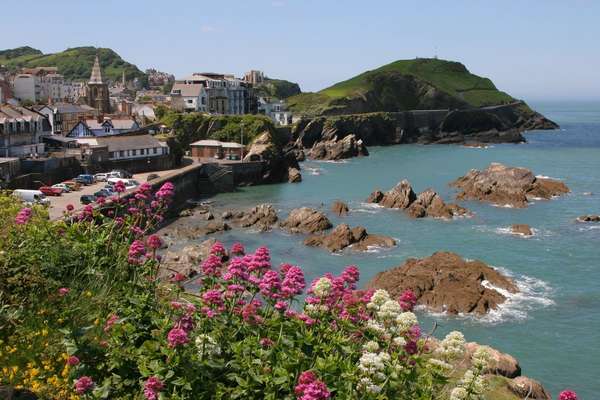 Ilfracombe, United Kingdom
Ilfracombe is a small seaside resort in North Devon, England. At Hillsborough Hill one can see the remains of an Iron Age fortified settlement. Guests can also visit the Landmark Theatre, the Trinity church and St. Nicholas' chapel (lighthouse).
from$5,109
Ilfracombe Cruises 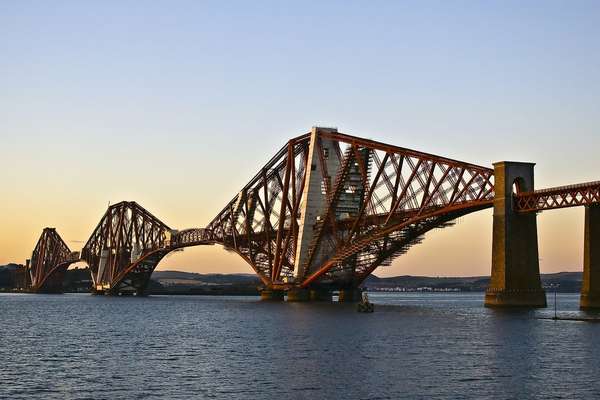 Rosyth (Edinburgh), Scotland
This village is located on the east coast of Scotland. The port found here is the only one from which there is a direct ferry link from Scotland to Europe.
On Request
Rosyth (Edinburgh) Cruises 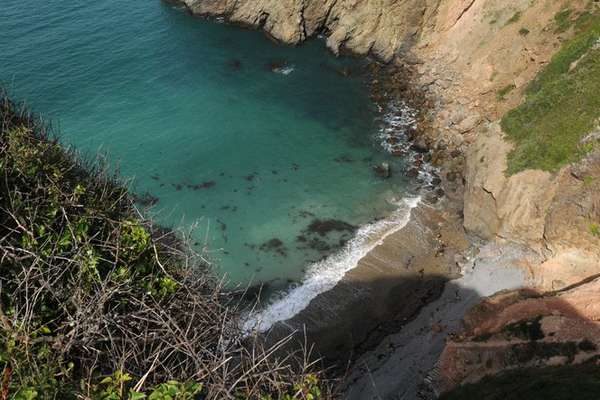 Sark Island, Channel Islands, United Kingdom
Sark is a small island in the Channel Islands in the southwestern English Channel. The whole island is extensively penetrated at sea level by natural cave formations that provide unique habitats for many marine creatures, notably sea anemones, some of which are only safely accessible at low tide. Sark is sufficiently clear of light pollution to allow naked-eye astronomy.
On Request
Sark Cruises 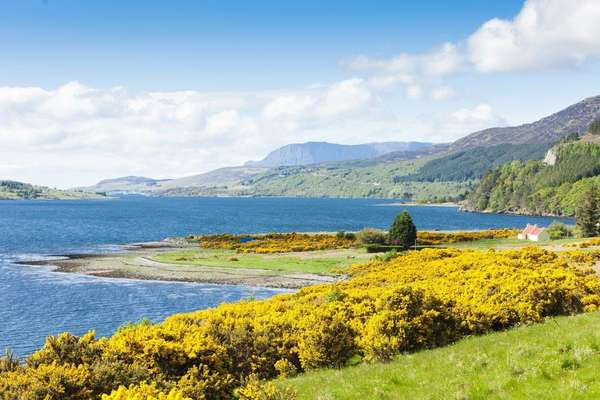 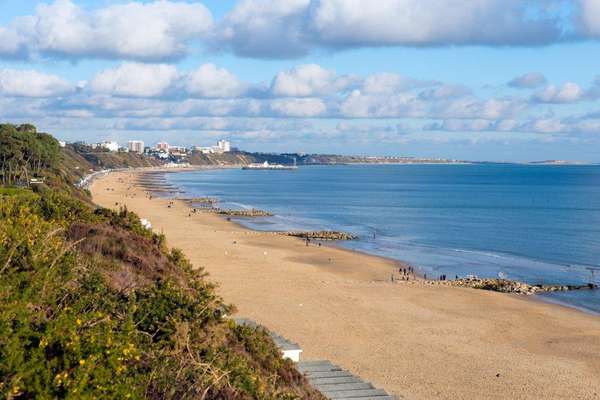 Poole, Dorset, England
Poole is a coastal town in the county of Dorset on the south coast of England. It's known for great beaches and a picturesque harbour. Being the largest natural harbour in Europe, it's the ideal location for all types of water sports and delicious seafood restaurants.
On Request
Poole Cruises 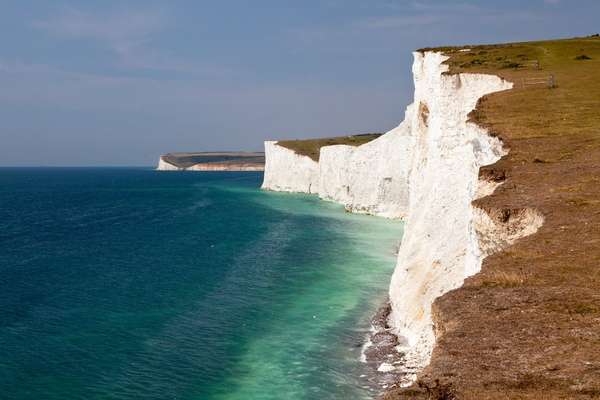 Deal, Kent, United Kingdom
Formerly a fishing and mining seaside town, Deal is located in the county of Kent, on the North Sea coast. Steeped in fascinating maritime history, Deal offers visitors a multitude of things to do: a historic walking tour, for example, explores topics such as Julius Caesar’s arrival in Britain, as well as Deal’s smuggling past.
On Request
Cruises 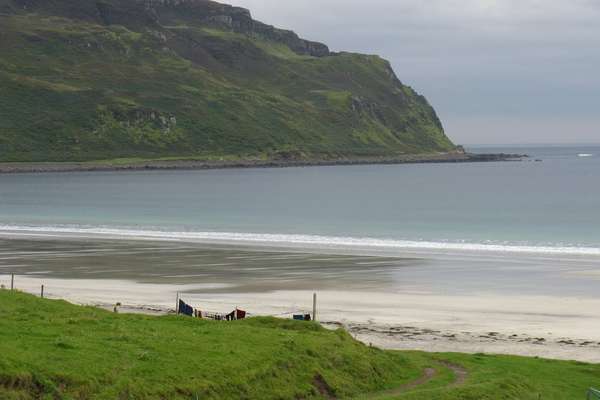 Armadale, Isle of Skye, Scotland,
Armadale is a village near the southern end of the Sleat Peninsula, on the Isle of Skye, Scotland. The area is fairly fertile. Clan Donald has a visitor centre situated next to the ruins of Armadale Castle and surrounded by large gardens, while the nearby Sabhal Mòr Ostaig is a centre of Gaelic learning. The village is also a small port, and has a regular Caledonian MacBrayne ferry service to Mallaig.
On Request
Cruises 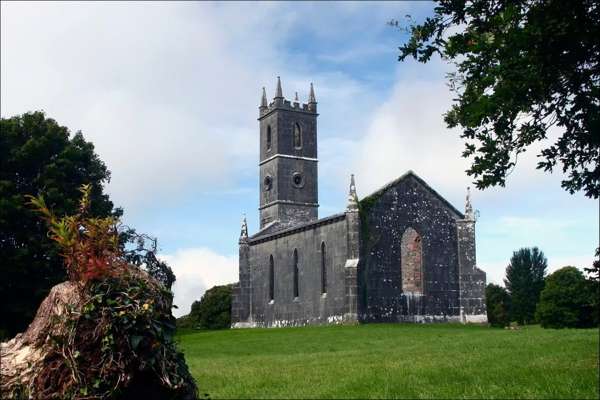 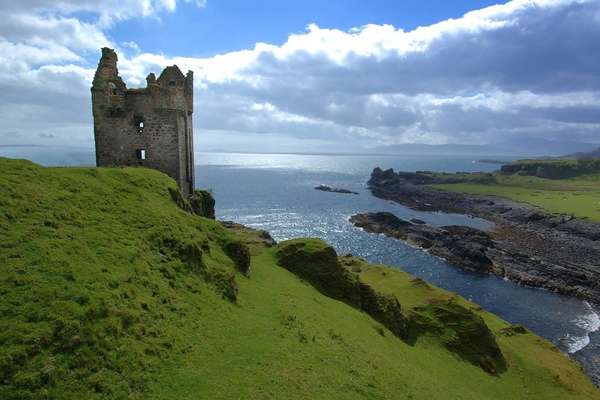 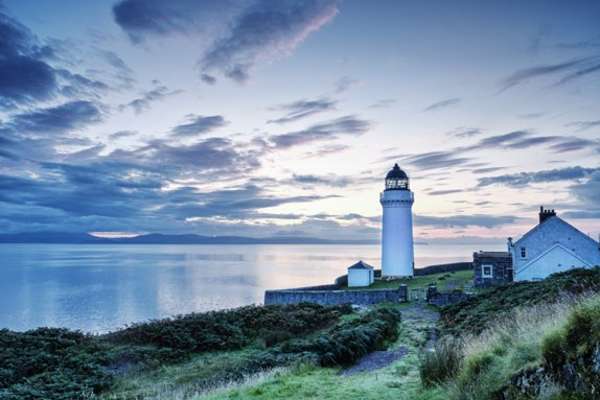 Campbeltown, Scotland, UK
Campbeltown is a peaceful little town in Argyll and Bute, Scotland. The are three active whisky distilleries that still use the old distilling methods to make Longrow whisky.
On Request
Cruises 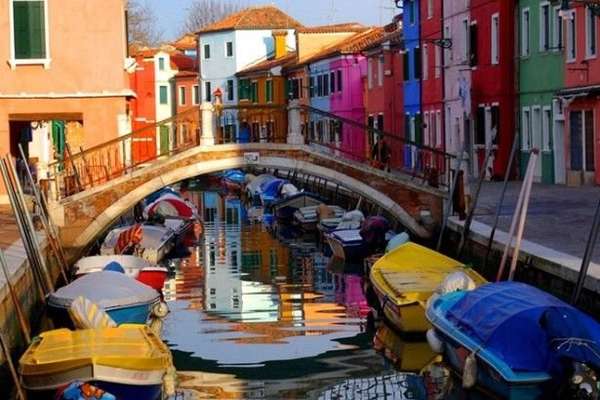 Kinsale, Ireland
Kinsale is a historic port and fishing town in County Cork, Ireland. Kinsale is a popular holiday resort for Irish and overseas tourists, that are attracted by prospects of yachting, sea angling and golf.
On Request
Kinsale Cruises

John O'Groats, Scotland, United Kingdom
John O'Groats is a small coastal village located in the far north of Scotland, UK. Located in the Scottish Highlands, the village combines dramatic, unspoilt scenery and fascinating wildlife such as seals, dolphins, minke and killer whales. It is part of an area rich in Scottish history and culture.
On Request
Cruises 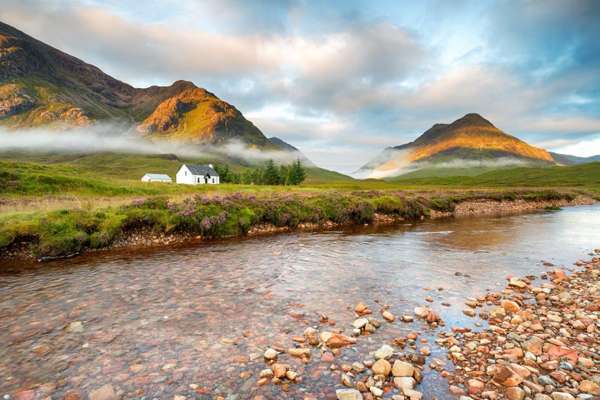 Glencoe, Scotland, United Kingdom
Glencoe is located in the Highlands of Scotland and is known as one of the most beautiful and picturesque areas of Scotland. The glen was formed by a glacier during the ice age, and the area earned its name from the river Coe that runs through it.
On Request
Glencoe, Scotland Cruises 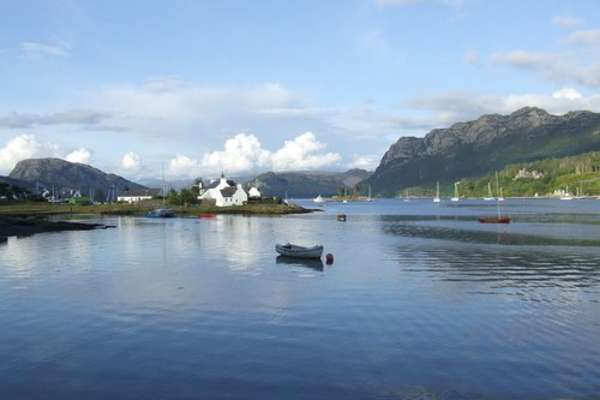 Gairloch, Scotland, United Kingdom
The small village in the north west of Scotland is on the coast and is a popular summer tourist destination. There are numerous small lakes in the area and you can best explore the area by treking through the various nature trails.
On Request
Gairloch Cruises 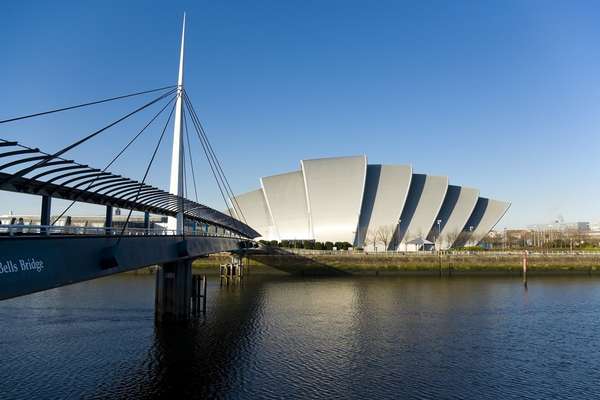 Glasgow, Scotland
Glasgow is a city in Scotland of which it is the largest by population and is one of the largest in the United Kingdom. The city bears a unique culture, accent and history which combine to cement it as an integral part of Scottish history.
On Request
Glasgow, Scotland Cruises

A cruise to the British Isles lets you delve into an enchanted past while also delivering a modern experience in cities such as:

These enduring islands offer everything, from charming hamlets and cosy pubs to world-famous capital cities and spectacular landmarks that will leave you speechless. Most cruises to the British Isles depart from southern ports such as:

And make their way to Ireland and Scotland where the rugged beauty and friendly people uphold their reputation with ease.

There are options leaving from Australia, usually setting sail in:

These are, most likely, world cruises that include a visit to the British Isles. A once in a lifetime experience! If you have the time, don't miss out on it.

Marvel at the castle-studded coastline of these ancient islands as you sail on board a luxury liner equipped with all the modern comforts one would expect from cruise companies:

These formidable cruise line fortresses will give you a taste of ancient times, when Celts ruled and druids were respected throughout the land. The dramatic and impressive architecture extends throughout cities and blends seamlessly with it modern counterparts:

The nature of the islands means that many settlements sprung up along the coast; these have since flourished into bustling cities with a unique maritime backdrop. The aforementioned cities are cornucopias of artistic and cultural delights where you can explore museums, do some shopping and take a guided tour as part of an informative shore excursion.

The British Isles are great to visit any time of the year as the climate is mild and doesn't get extreme either in the winter or the summer.

We would generally recommend visiting during the shoulder season months of:

The weather is mostly warm, dry and comfortable for exploring the outside.
Call us