Cunard is renowned for being a pioneer of world cruising, having undertaken more world voyages than any other passenger line since 1847. Not only does Cunard have a rich history, they are also known for their impeccable "White Star" service, stylish and and their famous signature Cunard Experience where no detail is overlooked. Their world class fleet of 3 ships, Queen Mary 2, Queen Victoria and Queen Elizabeth, all offer a selection of uncrowded spaces to escape to, famous Afternoon Tea, spectacular Gala balls and so much more.

Cunard pioneered luxury world cruising in 1922 and still offers a five star experience. In the Queen grill suites you can expect full butler service as well as al a carte in suite dining. Entertainment is also a big part of the Cunard experience. Expect to be inspired by the West End shows in the Royal Court Theatre or live performances by resident bands to jazz ensembles. Of course it’s not just about the experience onboard and Cunard offers carefully considered itineraries to unforgettable, delightful destinations. Across the world trips are a signature of Cunard and with a wide range of cruises leaving from Australia you can discover from your own back yard. 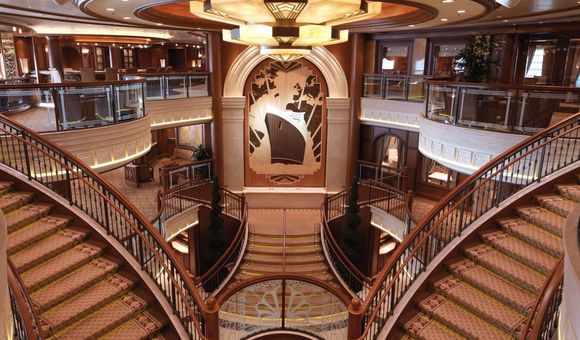 Cunard Line has a long and storied history, dating as far back as its famous 1840s transatlantic crossings. While today there are much quicker ways to cross the Atlantic, there really is no finer way to do it than aboard a Cunard vessel. Present day the Queen Mary does this journey but the cruise line offers voyages in all corners of the globe, with many new maiden calls in 2019 and 2020.

Voyages on-board one of the three queens have retained their timeless, sophisticated British style over the years, where no request is too much for the staff, and formal nights mean dress codes come into effect after 6pm.

Cunard itineraries offer a blend of iconic world-famous cities as well as unique, awe-inspiring destinations that allow for enriching days in port as well as plenty of time on board to explore your ship.

Voyage with Cunard from Southampton
99 nights with the Queen Mary 2
p.p.from $21,189

11 day sail from Sydney
10 nights with the Carnival Splendor
p.p.from $749

Trip with Cruise and Maritime Voyages from Tilbury
14 nights with the Columbus
p.p.from $2,215

11 day sail from Sydney
10 nights with the Carnival Splendor
p.p.from $749

Cruise with Azamara Club Cruises from Perth to Melbourne
14 nights with the Azamara Pursuit
p.p.from $5,137 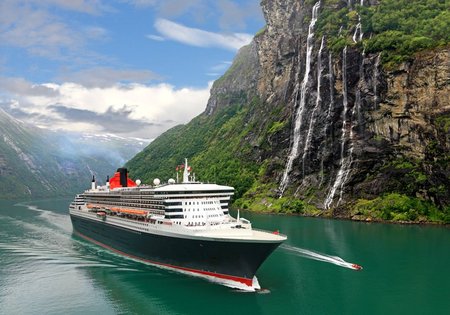 Queen Mary 2The majestic Queen Mary 2 provides everything one would expect of a classical cruise liner. The Queen Mary 2 is a display of pure class with stylish interior providing you with comfort for your cruise.
from
$249
Queen Mary 2 Cruises 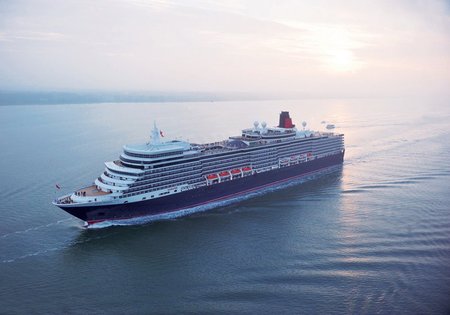 Queen ElizabethThe Queen Elizabeth is the youngest Queen in the Cunard fleet and evokes Hollywood glamour while boasting modern yet timeless and luxurious accommodation. On board you will find countless entertainment opportunities and facilities.
from
$359
Queen Elizabeth Cruises 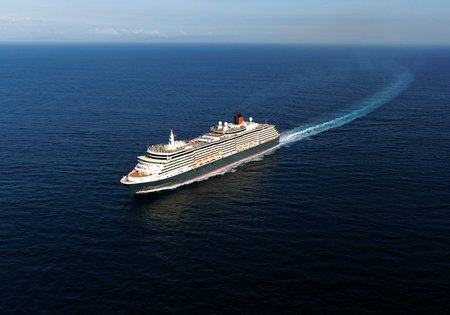 Queen VictoriaCruise like royalty in the unique and luxurious ambiance on board the Queen Victoria. Explore her wood-panelled library, the museum at sea and the Royal Court Theatre with its extraordinary show programme.
from
$359
Queen Victoria Cruises
Cunard

Founded in 1840, Cunard Line is a British based multi-national shipping company headquartered in Carnival House, Southampton, England, along with sister cruise brands P&O Cruises, P&O Cruises Australia and its parent company, Carnival UK (ultimately owned by Carnival Corporation plc.) With a long standing tradition of oceanic voyages, Cunard Line remains one of the oldest and most famous cruise companies in the world. Cunard Line’s four transatlantic steam ships, which sailed from Liverpool to Boston, quickly became known as the fastest way to cross the Atlantic Ocean. The company ordered its first superliner cruise ships in 1902, one of which being the famous Lusitania. A big name with a unique history, Cunard Line holds a number of flagships to its name; from launching the historic Lusitania in 1906 torpedoed in World War 1, to presently operating Queen Mary 2, Queen Elizabeth and Queen Victoria.

All built within the last 10 years, the Cunard fleet of three 5 Star vessels combines timeless elegance with the Cunard trademark of prestigious charm and modern-day comforts.
Arguably the most well-known of the fleet, the Queen Mary 2 (also referred to as QM2) was built as a transatlantic ocean liner and therefore more specifically designed from many other passenger ships. With a maximum speed of just over 30 knots (56km/hr), QM2 Queen Mary 2 travels much faster than a contemporary cruise ship!

Having the same design as other Vista-class cruise ships, though slightly longer and maintaining Cunard Lines’ interior style stands the majestic Queen Victoria (QV).Become captivated by QV’s Queen Victoria’s soaring Grand Lobby the moment you traverse though its exquisite doors embossed with a royal flair.

A tribute to her predecessors QM2 Queen Mary 2 and QVQueen Victoria, the Queen Elizabeth classically evokes remnants of the 1930’s era, synonymous with Cunard Lines cruise ships, and is the youngest of the three Cunard vessels. Sail in the harmony of grandeur and contemporary sophistication on-board and discover vast array of exotic destinations and cultures.