Sail down the Danube, explore the Rhine, relax on the Main. Discover quaint towns, hidden gems and castles galore – all on a European River Cruise! 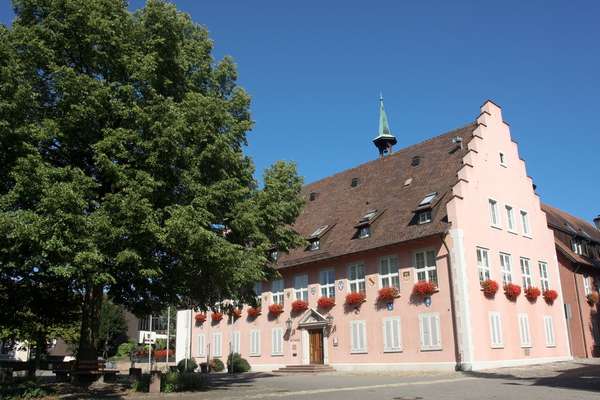 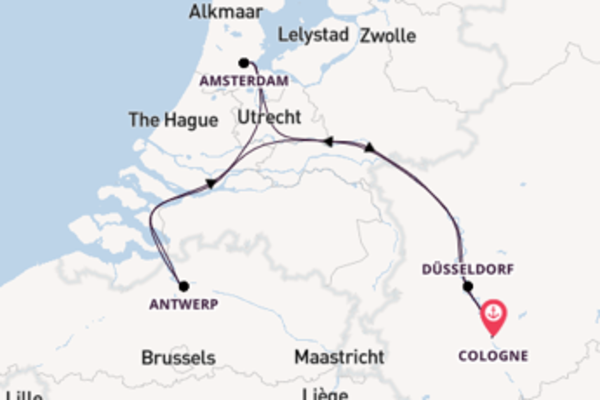 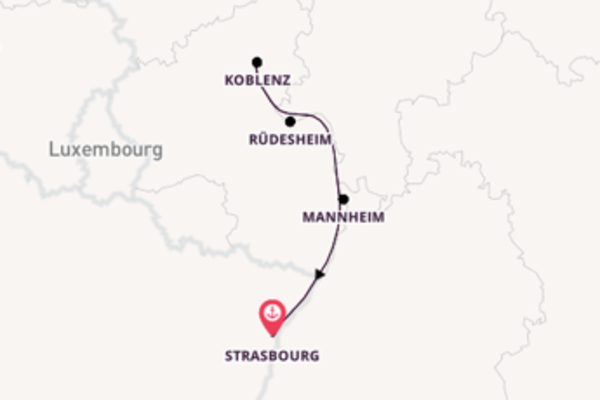 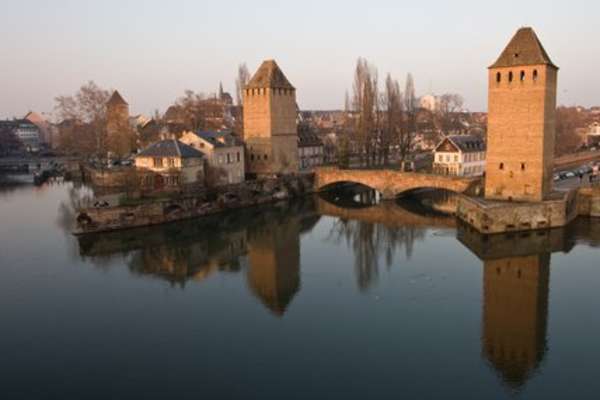 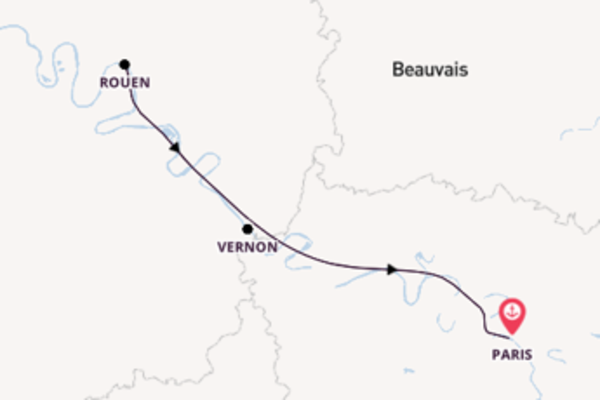 5 nights with the A-Rosa Viva
Seine River, Europe,European River
03/2022 - 09/2023
from$729
Show all Offers
European River Cruises
The incredible Danube, Dnieper, Don, Elbe, Loire, and Oder being only a mere but stunning handful of the hundreds of rivers and their tributaries across Europe. The perfect balance between ancient and modern, the best way to discover Europe is by river. European river cruises along the Rhine, the Main, the Danube and the Seine are bound to feed your appetite for the wonders of Europe. A river cruise will take you to the doorstep of the historical and architectural marvels that Europe has to offer. Journey to Amsterdam, Cologne, Vienna and more to learn of the prominence of the contemporary versus ancient features that permeate Europe. Visit all the highlights of the legendary Rhine River including charming castles and witness the lush landscape of the Black Forest region. Discover grand cities and quaint villages along the Danube and experience the natural beauty of Germany along the elegant Elbe.
Show all Offers

Cruising European rivers in summer allows for long days and warmer weather perfect for sightseeing - but winter cruises offer their own charm with snow covered buildings and enchanting Christmas markets. It's a perfect all year round cruising option.

For sophisticated river cruises with their own programme and refined atmosphere try cruise lines like Uniworld or Tauck. For an authentic European river cruising experience book an APT cruise, a home-grown Australian company. 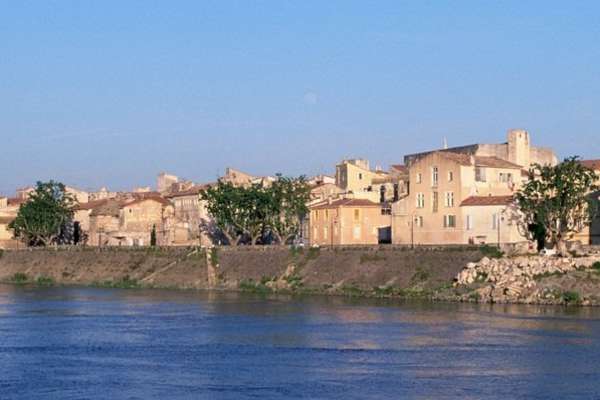 Arles, France
The city of Arles is situated in the south of France, 24 kilometers from the Mediterranean Sea . Many of the ancient Roman monuments that exist here are World Cultural Heritage sites.
-23%
from$399
Arles Cruises 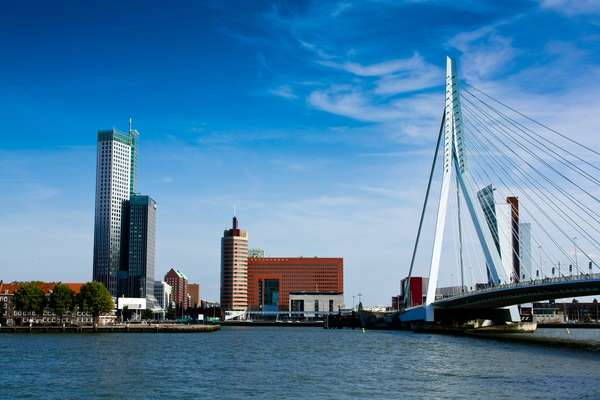 Rotterdam (river port), The Netherlands
Rotterdam, with around 590,000 people, is the second largest city in the Netherlands. It also one of the three cultural centers in the country. The city is the known for its skyscraper skyline and its many museums, festivals and events.
-25%
from$299
Rotterdam Cruises 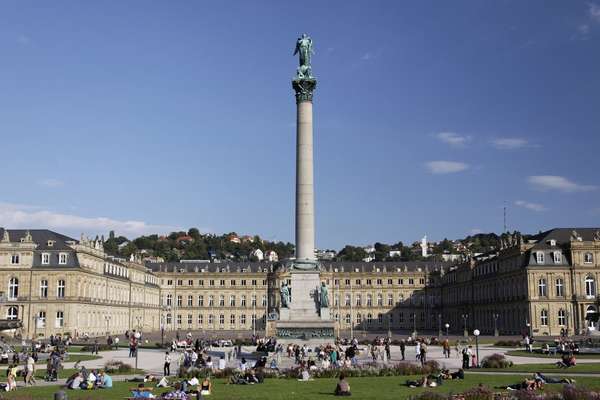 Stuttgart, Germany
The capital of Baden-Württemberg lies between the "forest and vines" in the so-called "boiler Stuttgart", which was formed by the Neckar River and its tributaries. With about 600,000 inhabitants, Stuttgart is the sixth largest city in Germany. Stuttgart is famous for ballet, theater and opera. Do not miss the old castle, which is located at Schlossplatz in Stuttgart's city center.
from$1,364
Stuttgart Cruises 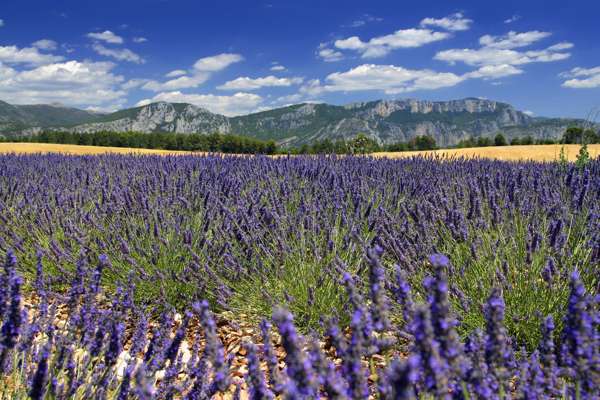 Belleville, France
Belleville is located north of Lyon in the Rhone region. Belleville offers historic views, national monuments and heritage sights to any who visit.
from$1,433
Belleville Cruises 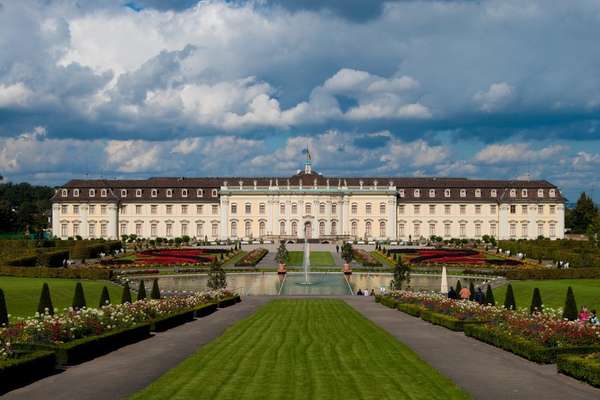 Ludwigsburg, Germany
The city of Ludwigsburg is located about 12 kilometers north of Stuttgart in Baden-Wuerttemberg on a plateau of the Neckar basin. A settlement was first built here in 1709 around the castle of Duke Eberhard Ludwig and it has evolved from over the years to the large city it is today. Worth seeing, besides the baroque castle, is the palace and the park surrounding the Royal Palace (the Blooming Baroque) and the fairy garden.
from$1,364
Ludwigsburg Cruises 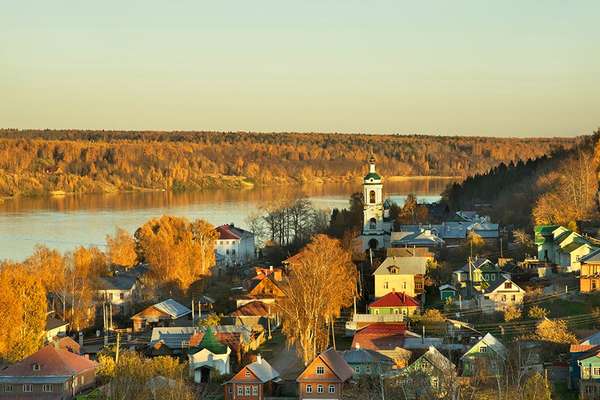 Plyos, Russia
Located on the right bank of Europe's longest river - Volga, this small town is a stop on many sails across these waters. It is home to many classical, beautiful pieces of architecture that are characteristic to towns in this region of Russia
On Request
Pljos Cruises 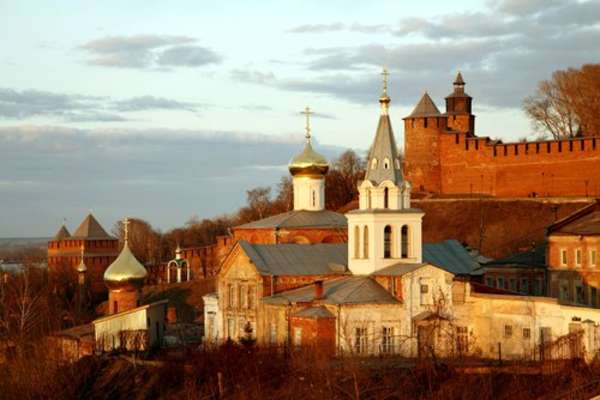 Nizhny Novogorod, Russia
Nizhny Novgorod is the fifth largest city in Russia and an important hub for trade and industry in Russia. Art lovers will be excited to discover the Niznhy Novgorod Art Center of Russia. The old town is where the most interesting architectual buildings are located.
On Request
Nizhny Novogorod Cruises 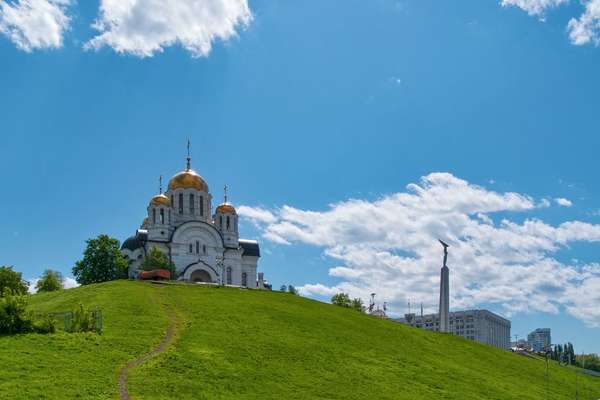 Samara, Russia
Samara is the sixth largest city in Russia. It is located on the Volga River in the European part of Russia. One of the main attractions of the city are the 19th century buildings. However, it is not the only feature that makes the city stand out - its endless promenade along the Volga and beautiful urban areas really bring out the city's charm.
On Request
Samara Cruises 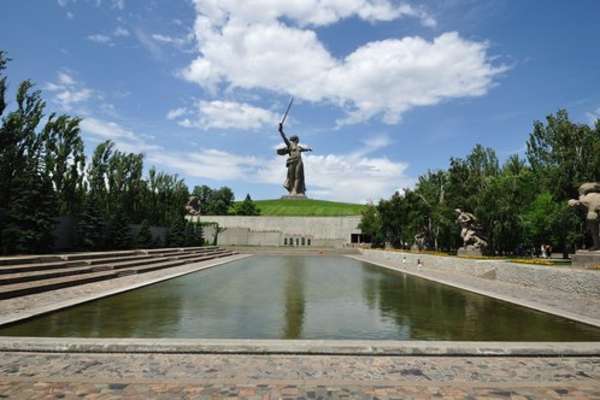 Volgograd, Russia
Volgograd is a southern city, which has just over one million inhabitants. The most famous city attraction is probably the Motherland statue. The 85 meter-high statue is one of the largest in the world.
On Request
Volgograd Cruises 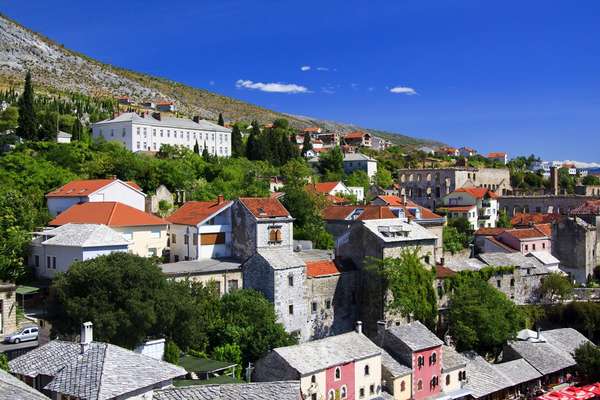 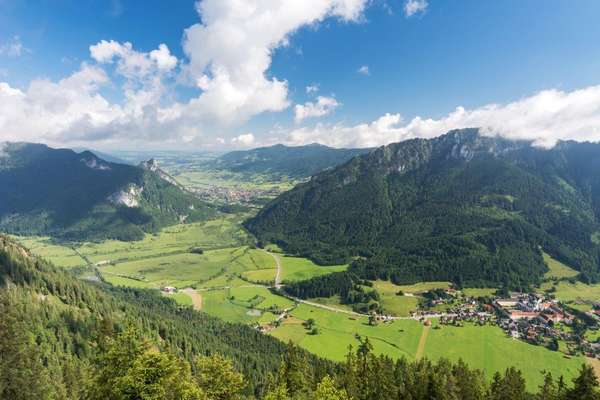 Oberammergau, Germany
Oberammergau is a town located in southern Bavaria, Germany. Surrounded by forests and the mountains of the Alps, this town is ideal for skiing trips and hiking.
On Request
Oberammergau Cruises 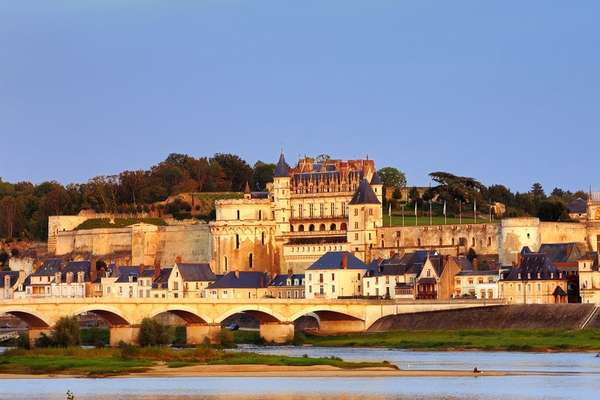 Amboise, France
The beautiful town of Amboise lies on the Loire in central France, and is perfect for relaxing. Of particular interest is the Renaissance-style Amboise castle, where you can enjoy beautiful views of the surrounding area.
On Request
Amboise Cruises 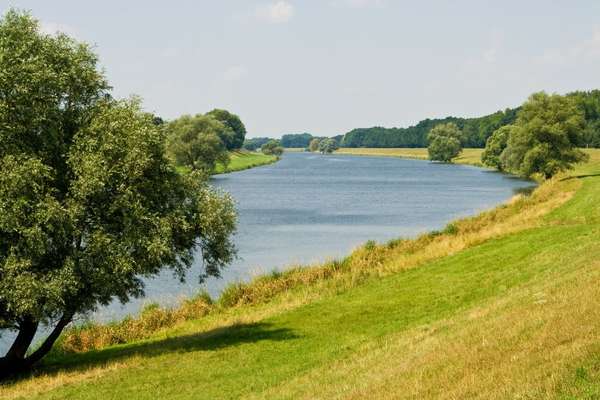 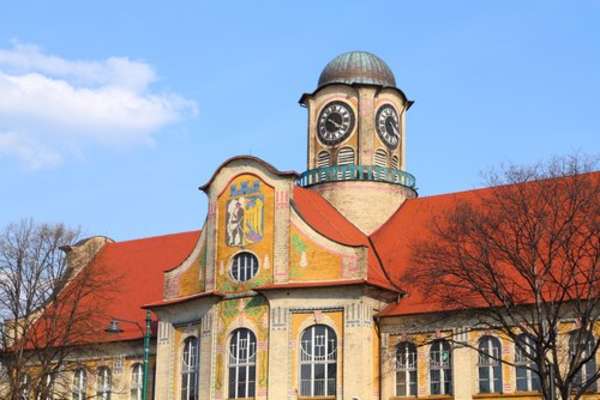 Bytom, Poland
Bytom is an Upper Silesian city with about 182 000 inhabitants. It is worth visiting the Museum of the Upper Silesian and the Holy Trinity Church.
On Request
Bytom Cruises 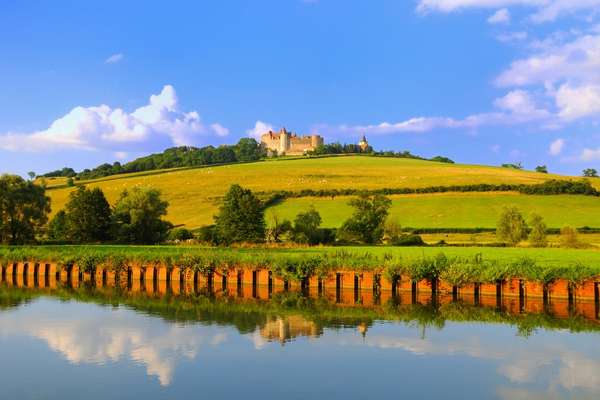 Mercurey, France
Mercurey is located in the Saône-et-Loire department of eastern France.
On Request
Mercurey Cruises

European river cruises are an absolutely perfect way to see the majestic cities dotted throughout Europe. Cities such as:

Witness the enduring splendour and refinement of the Old Europe with river cruises along:

The Danube is one of the most popular rivers in Europe for cruising, which is no surprise considering the stunning cities which lie upon its shores:

The wide range of shore excursions offered by the cruise lines will assure you truly get a sense of these wondrous places.

The Danube also boasts an array of quaint villages which have their roots in small fishing towns. The riparian backdrop of these shoreside destinations holds the essence of a European river cruise, so be sure to do some research to get the most out of your trip!

The shores of the Rhine are studded with castles both impressive and imposing. A cruise along the Rhine allows you to witness the extensive Black Forest region and also cities like:

Amsterdam, the capital city of the Netherlands offers a great deal:

You can experience all that and more as part of a shore excursion.

On a Rhine cruise you will see a lot in a relatively short space of time, which is ideal for those who want to get a taste of Europe.

Some of the most reputable river cruise lines sail along the European waterways, so you will have no trouble finding your perfect European cruise holiday.

European river cruises sail from March to December due to the region's weather conditions. However, the very best months to go on a river cruise adventure around Europe are:

There are a few good reasons for that: