Carnival Cruise Line
Never a dull moment onboard one of Carnival’s ‘fun ships’, each magnificent vessel is bursting with not-to-be-missed entertainment and more ! 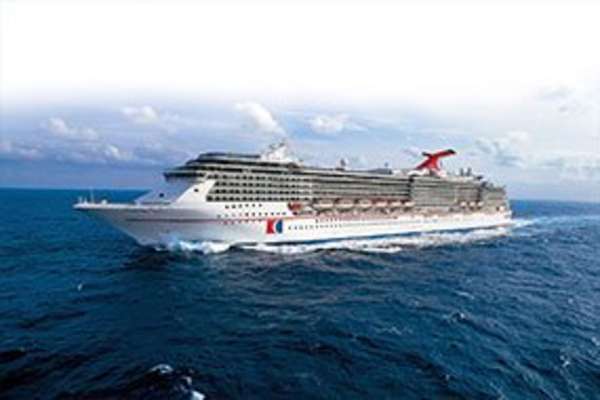 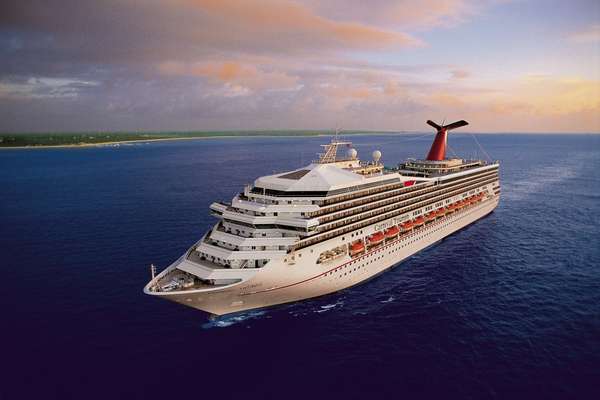 There is a wealth of incredible things to do onboard. The 'Punchliner Comedy Club' featuring renowned comedian George Lopez, the water parks including 'Zeuss at Sea' and 'Waterworks', the 'Thrill Theatre', swimming pools, 'SportsSquare', cinemas, mini golf, make-your-own-pizza classes, volleyball and basketball courts are just a handful of the amazing things to fill your schedule with.

Prepare your senses for incredible food in a huge variety of dining venues. If chilling out in a bar takes your fancy, you will be spoilt for choice. With venues including the Havana Bar, Bluelguana Tequila Bar and Sports Bar you can unwind and indulge against the backdrop of some of the world's most beautiful ports.

To help speed up your pre-cruise packing process, keep in mind that most evenings have a 'Cruise Casual' dresscode. However, there are 'Cruise Elegant' evenings on one or two occasions where you can show your more elegant attire off. For such evenings, dress slacks, dress shirts or a suit and a tie are suggested for men. Women should pack cocktail dresses, pantsuits, elegant skirts and blouses, or even an evening gown. Casual daytime attire includes shorts, summer dresses, bathing suits and coverups. Dress code is dependant on climates of your chosen destinations so make sure to pack sweaters (heavy sweaters for glacier visits), layers and rain attire for places like Canada and Alaska. 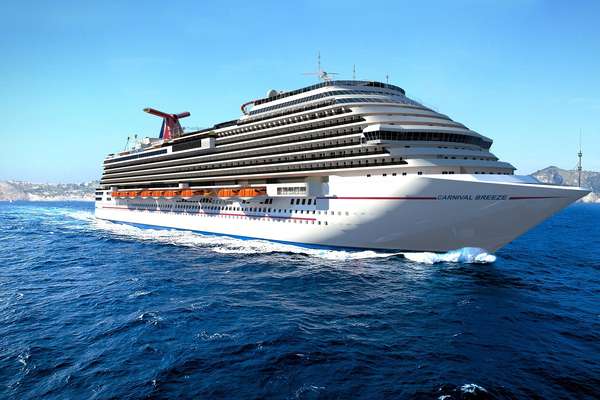 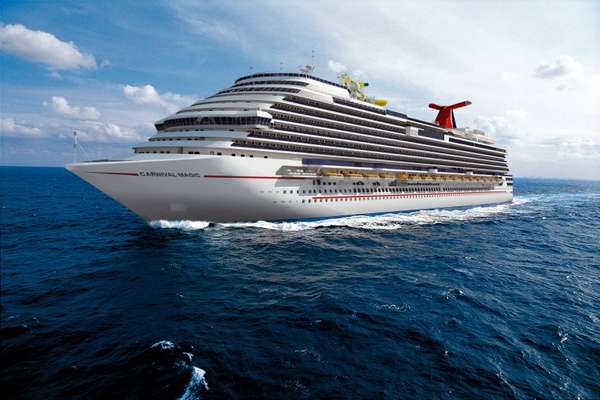 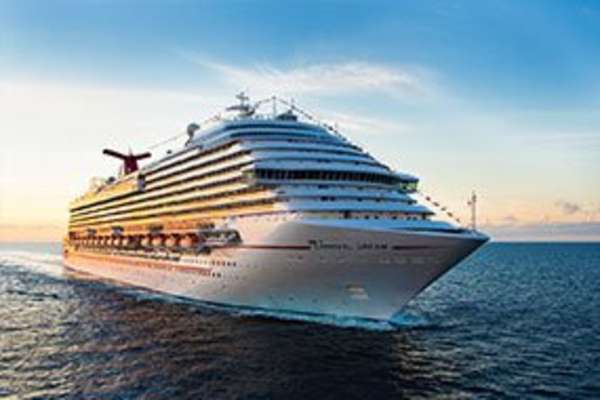 Carnival Dream
14
306
3646
2009
On Request
The Carnival Dream offers great cruises for families to exotic destinations. The Serenity Area for adults, the Camp Carnival for kids and the Club 02 for teens provide both entertainment and relaxation for all ages and lifestyles. 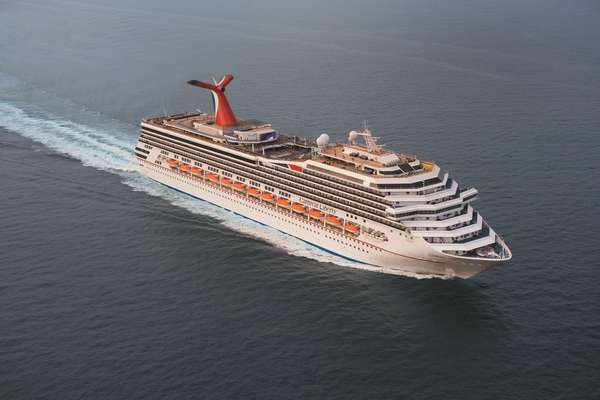 Carnival Liberty
13
290
2974
2005
from$695
The Carnival Liberty sets new standards for cruise liners with its open-air cinema and fantastic waterpark. Enjoy all the home comforts this ship has to offer on your dream holiday. 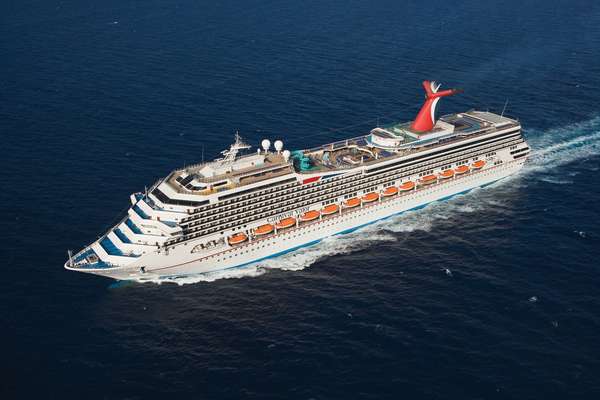 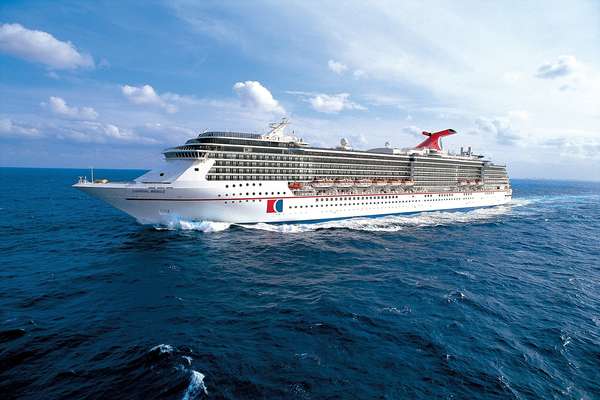 Carnival Miracle
12
294
2124
2004
On Request
Prepare for a wonderful vacation with the Carnival Mircale, a ship of Carnival Cruise Lines' successful Spirit Class. Diverse entertainment activities on 12 decks promise excitement for all. 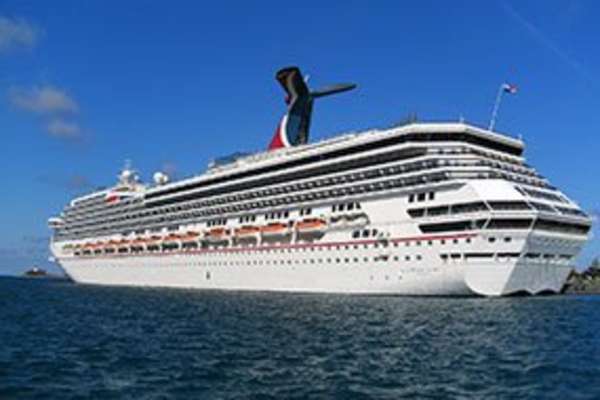 Carnival Glory
13
290
2974
2003
from$1,176
The Carnival Glory offers relaxation, fun and entertainment for the whole family. Let its unique atmosphere take you away on a dream holiday. 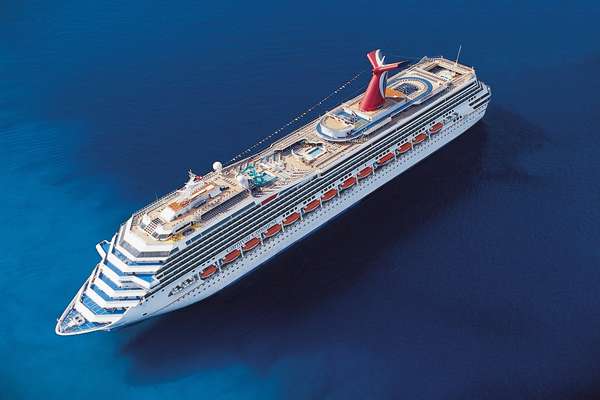 Carnival Conquest
13
290
2978
2002
from$702
As one of the largest cruise liners on the Gulf Coast, the Carnival Conquest promises a once-in-a-lifetime experience on the high seas. Comfortable cabin furnishings and unbeatable ocean views help make each cruise unforgettable. 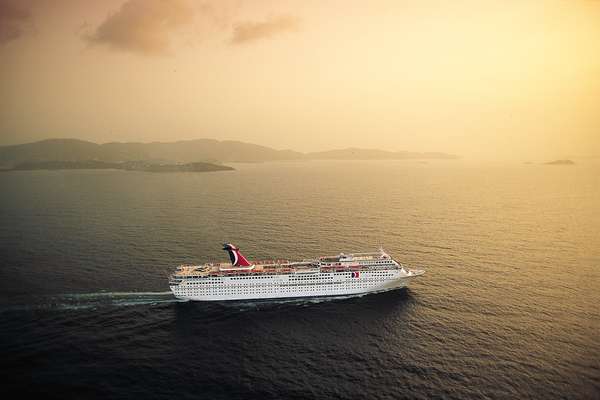 Carnival Ecstasy
10
260
2052
from$919
The Carnival Ecstasy guarantees a wonderful adventure with a variety of pools, a casino and an impressive waterpark. Relax in the spa area and in the special Serenity Zone for adults. 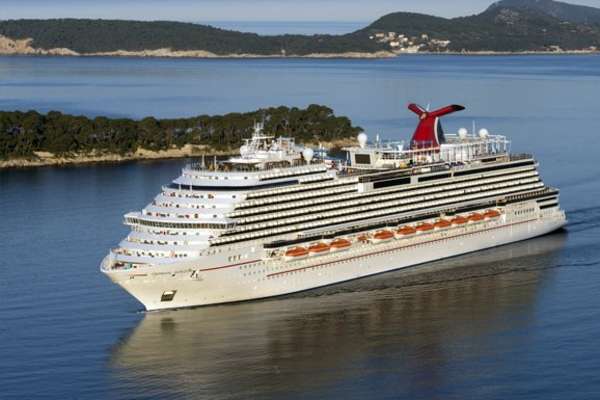 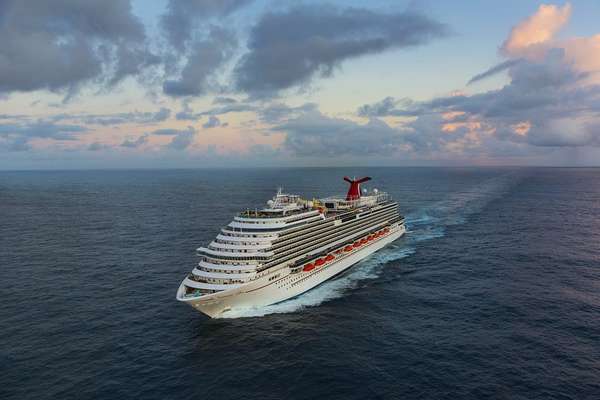 Carnival Panorama
14
322
3954
2018
On Request
Carnival Panorama is the third ship in the company's Vista-Class alongside the Carnival Vista and Carnival Horizon. The ship is due to launch in December 2019 and her home port shall be Long Beach, California.

Carnival Vista
14
322
4977
2016
from$1,269
The Carnival Vista offers a blend of fun, food, entertainment and relxation. The family-friendly amenities and adult-only relaxation zones make sure that everyone has a cruise not to forget. 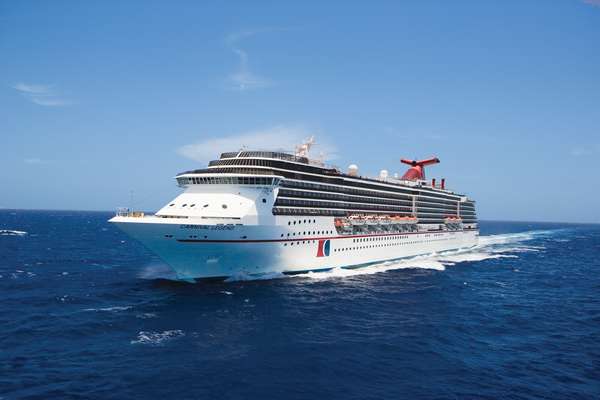 Carnival Legend
12
293
2124
2002
On Request
The Carnival Legend certainly lives up to her name with legendary cruise experiences. Journey with her around the Caribbean while enjoying the grandiose design of her restaurants and her two-story promenade.

Carnival Pride
12
293
2124
2001
-11%
from$625
The Carnival Pride will guide you through the most beautiful landscapes of the Caribbean. The Renaissance Lobby is a particular highlight on board this ship, in which you can enjoy the progression of artwork through the centuries. 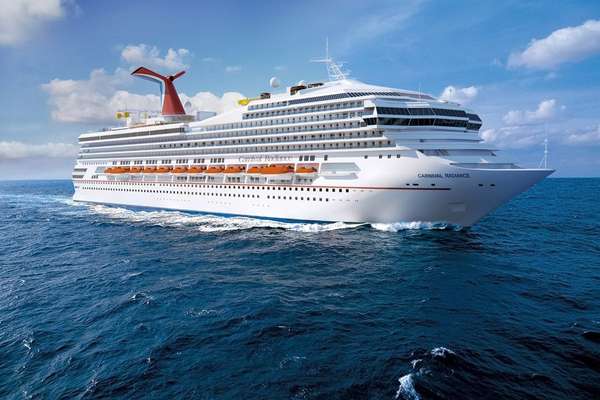 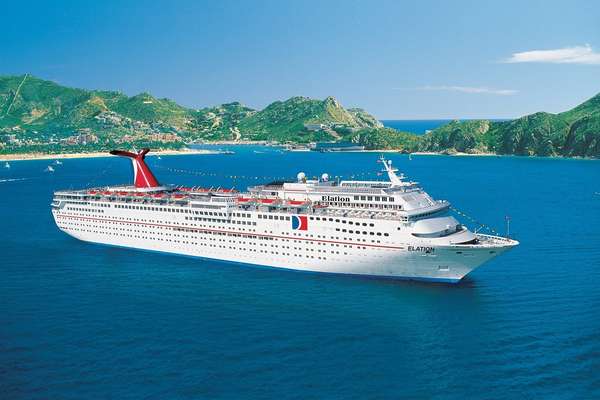 Carnival Elation
10
260
2130
1998
from$746
The Carnival Elation will impress you the moment you step on board with its six-story atrium amd more. Cruise through the Western Caribbean while soaking up the sun on the beautiful teakwood deck. 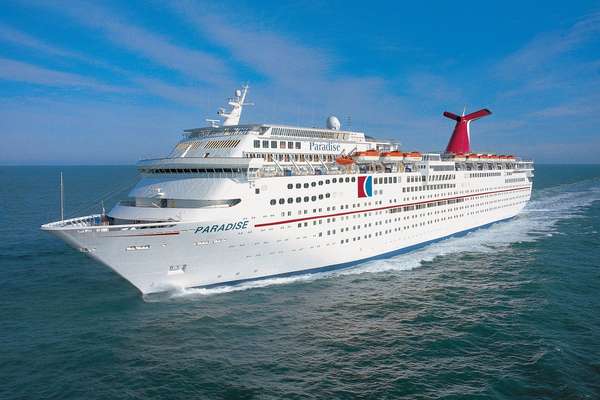 Carnival Paradise
10
260
2052
1998
-4%
from$392
Experience an unforgettable journey with nights full of entertainment and excitement on board the Carnival Paradise. Indulge in fine cuisine in many restaurants and let yourself be pampered in the paradisiacal Spa area. 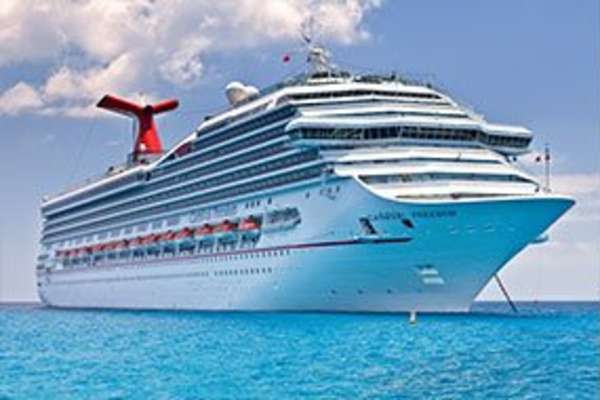 Carnival Freedom
13
290
2974
On Request
The Carnival Freedom guarantees an unforgettable cruise with an unrivalled entertainment programme and a spa area that offers ultimate relaxation. Step on board and immerse yourself in a wonderful new world of holiday excitement. 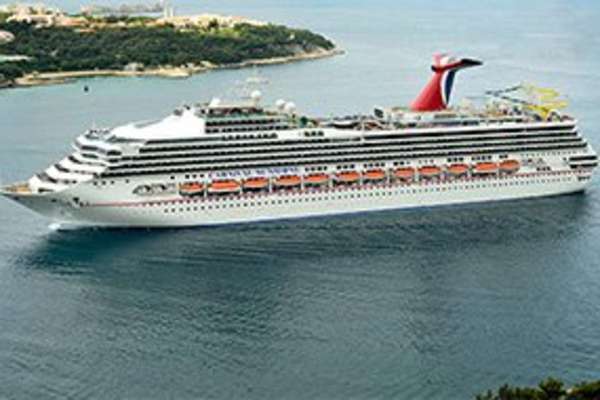 Carnival Sunshine
13
272
3006
from$849
The Carnival Sunshine offers a true wellness oasis with spa cabins on three decks and a three-story serenity area. Delight in different speciality restaurants and in the entertainment opportunities offered around the clock. 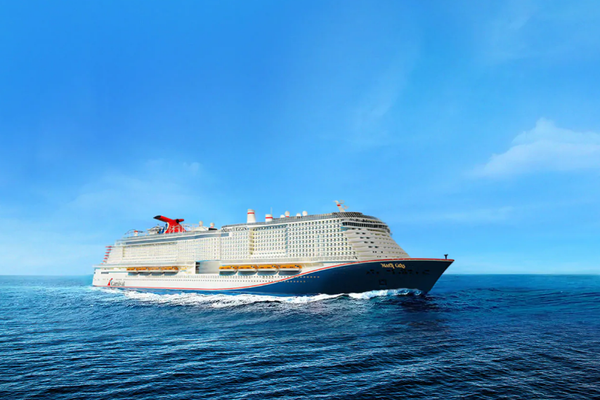 Carnival Mardi Gras
19
5200
from$1,337
<p> Carnival Mardi Gras is the latest ship to join the Carnival fleet, setting sail in Summer 2020. Carnival Mardi Gras offers spacious cabins and exciting itineraries, with 6 to 15-day sailings visiting top destinations throughout Europe and the Caribbean. This ship has six unique zones, each with their own atmosphere and attractions. For a relaxed, back yard barbecue vibe head to the Summer Landing area, where you'll find Guy's Pig & Anchor Smokehouse Brewhouse. The Ultimate Playground is perfect for a jam packed day of fun with the largest water park in the fleet. Whatever way you're looking to spend your day at sea, you'll find the perfect space to suit your mood.</p> <p>The variety of staterooms on board Mardi Gras provides comfort and luxury for all types of travelers. If you're bringing the whole family along, choose a Family Harbor stateroom, which boasts exclusive access to the Family Harbor Lounge - not to mention the kids eat free in most specialty restaurants! For a more romantic getaway check out the selection of luxurious suites, which grant you VIP perks to make your cruise a little extra special.</p> <p>For exploring the Baltic Sea, or enjoying a transatlantic journey, cruise with Carnival Mardi Gras for an unforgettable experience.</p>

Carnival Cruise Lines is a British-American owned cruise line with its headquarters in Doral, Florida. Originally an independent company founded in 1972, the cruise giant is now one of ten cruise ship brands owned and operated by Carnival Corporation & plc. A pioneering company with a unique concept of shorter, less expensive cruises, Carnival Cruise Line accounts for 21.1% of the worldwide market share. Carnival cruise ships are renowned for their Las Vegas-style décor and lively entertainment. There is never a dull moment on-board on one of Carnival Cruise Line’s ‘fun ships’, as each magnificent vessel is bursting with not-to-be-missed entertainment and voyages to some of the most sought-after destinations on the planet!

Carnival Cruise Line’s fleet is the largest within its Umbrella Company, Carnival Corporation & plc. The cruise line currently operates 24 vessels which sail the seven seas. Starting in 1990, Carnival Cruise Line designed, produced and launched its Fantasy-class ships with immense success; these include Carnival Fantasy and Carnival Imagination, just to name a few.

Fast-forward to 2009, and Carnival introduced its largest ship yet – the 128,251 tonne Carnival Dream – carrying 3,646 passengers. From the Carnival’s Dream-class, Carnival Dream is an evolution of its predecessors with many innovations such as deluxe ocean view cabins and a two-level adults-only serenity area. Fitted with all modern comforts, Carnival Dream makes for an unforgettable holiday and sun-soaked memories that will last a life time.