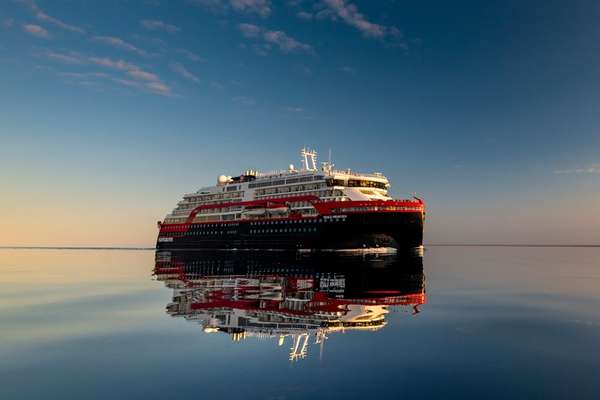 7 nights with the MS Roald Amundsen
North America, Canada and the USA East Coast
09/2020
On Request 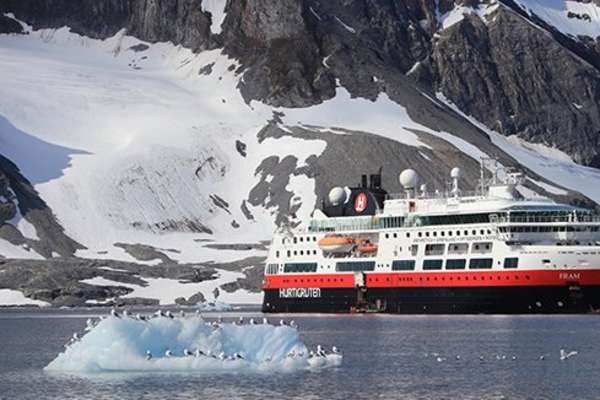 7 nights with the Fram
North America, Canada and the USA East Coast
09/2020
On Request
Show all Offers

Hurtigruten ships including the MS Finnamrken, MS Lofoten and MS Spitsbergen, are a hallmark of the Norwegian coast. At the beginning they served as a scheduled means of transportation between Bergen and Kirkenes. Today Hurtigruten owns 15 vessels although relatively small in size, they encourage bonding between passengers and a friendly onboard atmosphere. The cruise company promises to take you to the best of Norway, Antarctica, Iceland, Greenland and South America. Hurtigruten understands the importance of the mesmerizing Northern Lights, especially during the winter season, so much so that they have issued a Northern Lights promise for all 12 day voyages sailing between October and February - enjoy them from the comfort of your ship as you sail along the Norwegian coastline.

The iconic Hurtigruten route from Bergen to Kirkenes promises stunning discoveries. Between the fjords, the summer midnight sun and the winter Northern Lights, this cruise is always unforgettable.

Hurtigruten have just added a new ship to their fleet - the state of the art, technology-packed MS Roald Amundsen. A South American or Antarctic Ocean cruise on this vessel will be an extraordinary experience.

MS Roald Amundsen
9
140
530
On Request
The new, environmentally friendly flagship for Hurtigruten will join the rest of its fleet in October 2018. The vessel's new hybrid technology reduces fuel consumption and harmful emissions by 20%.

The most beautiful sea voyages in the world – the name often given to Hurtigruten cruises. And indeed the popular fjord cruises of the Norwegian traditional cruise company are an unforgettable experience at any time of the year! The varied flora and fauna, the unique beauty of the fjords and the picturesque coasts of the north have been a source of inspiration for ship travelers for more than 120 years.

From the post office to the tourist attraction – discover the real Norway.

Contrary to the assumption, the origins of Hurtigruten lie not in tourism but in freight traffic. For a long time the Norwegians were looking for a way to connect the fishing-rich north with the southern trading centers. When the passage in winter was covered with snow and ice, even the most experienced seafarers did not dare to undertake the dangerous journey along the Norwegian fjord coast. Captain Richard With was finally able to make accurate maps for the Norwegian coasts on his seafaring, thus making the “Hurtigrute” navigable between northern and southern Norway. With his steam ship Vesterålen, he set up the route from southern Trondheim to the northern Hammerfest in 1893, setting a milestone for the successful development of fishing in Norway. The inhabitants of the coastal areas quickly discovered the advantages of the Hurtigrute, so that soon more ships were deployed and the route was extended from 9 to 32 ports. In the meantime, the fleet of the Post-Ships consists of 14 ships, of which more than 10 depart daily in Bergen to about 2,500 kilometers long journey over Lofoten and North Cape to the northern Kirkenes. What started as a freight transport is now one of the most beautiful routes in Norway and inspires cruise passengers from all over the world.

Since the fusion of the two Hurtigruten cruise companies OVDS and TFDS in March 2006, three ship generations belong to the family of the Post-Ship-Line, which still have both freight and passenger capacities. Built in 1964, the Lofoten National Monument is the oldest ship in the fleet, therefore also referred to as a traditional generation. With a capacity of 340 passengers, the old Lady is also the smallest member of the Hurtigruten family, enabling family sea voyages in the charming ambience of the early 60s. A real nostalgic ship that reflects the pioneering spirit and the adventure of the Hurtigruten founder like no other! The construction of the Vesterålen almost 20 years later marks not only the beginning of the middle generation, but also marks a turning point in the fleet policy of the shipping company from the pure freighter to the comfortable cruise ship. Named after the DS Vesterålen, which founded the Hurtrigrute, conceived the ship with bright, cozy common rooms and lounges.

The other ten fleet ships, which were launched between 1993 and 2007, are part of the new generation and are no match for conventional high-speed ships in terms of equipment and comfort. Suites, wellness areas and swimming pools can be found here, as well as spacious panoramic salons, which offer a good view in all weather conditions. Although the standard on board is a similar one, each ship embeds its own personal touch. The Richard With, named in honor of the Hurtigruten founder of the same name, is a kind of art gallery on the high seas, which presents various works by the famous Harr family. Kong Harald is also dominated by great personalities. In addition to the Norwegian king, you can also find memories of other famous Norwegians in the interior of the ship: a bar named after Nobel laureate Fridtjof Nansen, a café named after the explorer Roald Amundsen and numerous decorative elements of the royal crown make the majestic atmosphere on board perfect. Royal is also the godmother of Nordkapp, who was given her name by Queen Sonja of Norway in 1996. The most recognisable ship in the fleet is the MS Fram. Built in 2007, she strives to connect passengers and nature for an extraordinary experience. In addition to offering various comfortable lounges, she also possesses a state-of-the-art gym.

At the end of the 90s the Nordnorge, which was held in the art nouveau, as well as the Polarlys and the Nordlys, named after Nordlicht, took their first trip. The spectacular, colorful flaming celestial phenomenon can be observed with luck on board the Hurtigruten ships between October and March. The three Midnatsol, Trollfjord and Finnmarken Sisters built after the turn of the century offer space for up to 1000 passengers, making them the largest ships in the fleet. With the latest offspring, the Fram, Hurtigruten has been traveling in the icy waters of the Antarctic since 2007. The expedition ship was built with the highest safety standards especially for the polar regions, and is the only one of the 12 cruisers that is not part of the traditional postal ship route

Enjoy the fascination of Hurtigruten on a relaxed, nature-oriented high-sea cruise! Whether you are looking for a comfortable family holiday along the Norwegian coast or an exciting expedition trip to Greenland, Spitzbergen or Iceland – you will remember the unique travel experiences on board the mail ships! Our cruise experts will be happy to help you find the right Hurtigruten cruise for you!