India is a spectacular, spiritual sublime. Some of the world's most astounding architecture can be found in this area, ranging from the Taj Mahal to the Royal Palace. Beautifully scenic landscapes contribute to India's lasting impression on tourists. The Himalaya Mountains are amongst the most talked about mountain ranges in the world, they can be easily accessed during your exploration of this mind-stirring country.

The limitless diversity of this region allows for constant discovery of cultures, landscapes and traditions that will remain in your memory long after you leave the Indian shores. Along the coast of India lies the Indian Ocean which is emerging as a thriving cruise destination. This ocean borders a vast array of countries ranging from Southern and South East Asian countries to Australia which allows for a huge variety of destinations to please all individual preferences. 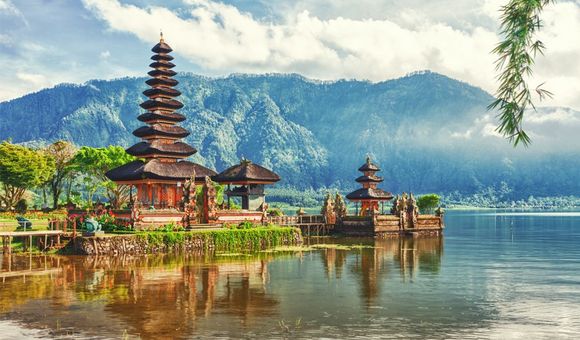 The Indian Ocean offers its visitors an exotic and truly unique experience. With a variety of different landscapes and cultures the region is unforgettable. Princess Cruises and Cruise and Maritime both offer voyages to this part of the world and are very popular with travellers. Sri Lanka, Reunion, Madagascar and Mauritius are just some of the destinations that add to the magical atmosphere of the Indian Ocean.

Voyage with Silversea from Singapore
14 Nights with the Silver Spirit
p.p.from $8,730

Journey from Singapore to Hong Kong via Laem Chabang
13 Nights with the Silver Muse
p.p.from $8,190 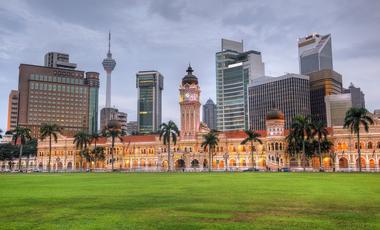 Katalin
Travelling to Dubai from Singapore
Experience the exotic adventure of a lifetime over 19 days on board the Nautuca. This port intensive cruise with overnight docks ensure that you see the most of Myanmar, India and beyond. Enjoy the legendary street food scene in Penang, and try everything from Hokkien black noodles to spicy seafood.
Our advice:
This is the perfect cruise for those who seek adventure. Find yourself experiencing new cultures as you sail across the Indian Ocean before ending in upbeat Dubai.

Nikki
Expedition with Cunard from Dubai to Singapore
This is a luxurious sail from the Middle East to Singapore. Embark in Dubai and spend a night on board, exploring Queen Mary 2's beautiful restaurants, lounges and clubs or wandering the bustling markets and sparkling malls of Dubai. This cruise will see you visiting Oman, Sri Lanka, Thailand and Malaysia in 15 days.
Our advice:
Make sure you visit the Petronas Twin Towers in Kuala Lumpur, the city view is fantastic.

Colombo is the capital of Sri Lanka and should definitely be on your must-see list when visiting the island. The city used to be known as 'the garden city of the East' and though unlikely to reclaim this moniker, it is still a compelling place. The colonial architecture of the Fort, the lively markets of Pettah and growing number of stylish galleries and shops make Colombo an excellent start or finish to your Sri Lankan expedition. The ever-growing number of eateries serving anything from Sri Lankan to street food, is another reason travellers are starting to flood to the city.

Phuket is located in southern Thailand in the Andaman Sea. The country's largest island is well renowned for its marvelous white sandy beaches, crystal clear waters, colorful fish and coral reefs, but Phuket is also full of vibrant nightlife and great tourist attractions. Visit Laem Phromthep at the island's southern tip to watch the stunning sunset, see the great work being done at Phuket Gibbon Rehabilitation Center, or laze around and do nothing but relax on the 8km long Hat Bang Thao beach.

Salalah is the capital of the Dhofar region in Oman. This subtropical city lays on the coast of the Arabian Sea and is famous for its coconut-fringed beaches. Khareef - the rainy season, starts mid-June and brings monsoon clouds that constantly drizzle until mid-August, transforming the city into an oasis of misty pastures. Visitors find it hard to believe that they are in the heart of the Arabian desert. Salalah is a good starting point for numerous excursions.

Benoa is a popular holiday destination located in the southern region of the island of Bali, Indonesia. Benoa beach, lined with coconut trees and huts, is the perfect place to enjoy exciting water-sports, or to relax and sunbathe with a cold drink in your hand. Benoa itself is a small fishing village, which offers tranquility and a unique island charm.

The tropical island of Penang lies on the west coast of Malaysia. The capital, Georgetown is a registered UNESCO World Heritage site since 2008. There are numerous temples, mosques and churches on the island. Of particular interest is the Ke Lok Si, the largest Chinese temple in Malaysia. Penang is known as a region of diversity and is often seen as a connection between Europe and Asia. Some argue that Penang offers the best food Malaysia has to offer and the island is fondly referred to as the 'Pearl of the Orient'.

The Indian port city of Mumbai, formerly known as Bombay, is located on the island of Salsette, off the west coast of Maharashtra. Mumbai is not only India's economic center and fashion powerhouse it is also one of the most populous cities in the world with an estimated 14 million residents. It is home to theaters, unique bazaars, hidden temples, hipster hang-outs and some of the country's prime restaurants and nightlife. 'Bollywood' is also located in Mumbai - you can take a tour around Film City or be an extra in one of the upcoming movies.

The paradise island of Koh Samui is located in the Gulf of Thailand, about 35 km from the mainland and is the third largest island of the country. The interior of the island is covered by an impressive mountain landscape, while the coast is charactarized by fine-sand beaches, crystal-clear waters and a fascinating underwater world. A snorkeling trip is definitely to be considered!

Kochi is located in southwestern India on the coast of the Arabian Sea. The city's shores have attracted traders and travellers for over 600 years, making it to a melting pot of cultures it is today. You will find an ancient mosque standing alongside a 400 year old synagogue, Portuguese houses and giant fishing nets from China, British colonial and modern Keralan artifacts - these all make up one delightful city. Kochi is divided into small islands that are all linked by a network of ferries and bridges.

Bali lies between the Indian and the Pacific oceans and is known as the "Island of the Gods". In addition to the beautiful beaches, the Indonesian island is home to volcanoes. A must-visit of Bali are its temples. The most famous is the "Tanah Lot" temple which is located on the southern part of the island, right on the water.

Perth is the fourth most populous Australian city with a population of about 2.02 million people. The city is full of restaurants, cafes and offers a lively nightlife. The city is blessed with numerous sandy beaches, not far away is the Cottersloe beach, where you can not only swim, but also go snorkelling and diving. There is a distinctly laid-back vibe about the city, with the big-city attractions blending with informal surroundings. Perth Zoo, is just 5 minutes from the city centre and offers the opportunity to see Australian wildlife up-close at the Australian Walkabout exhibit.

Durban is situated on the Indian Ocean on the east coast of South Africa. Durban is South Africa's second biggest city, with slightly more than 3 million inhabitants, and is one of the most important industrial cities in the country. The beaches and the subtropical climate make Durban a popular spot for vacationers from around the world. Watersport enthusiasts will be extremely impressed by the activities on offer and the cultural side of the city boasts many museums, theatres and botanical gardens.

The city of Semarang is the ideal place to take a trip to the Borobudur Buddhist temple, which is one of the largest temples in Southeast Asia. The temple is thousands of years old and fell into obscurity before it was rediscovered and cleaned out in the 19th Century.

Port Louis is the capital of Mauritius. With a population of around 170 000, the city is the largest on the island. It is also the economic center of the country. Port Louis feels like a mixture of different countries and continents - Africa, China, Europe, the Middle East and others. Its lively streets provide a good alternative to the other part of the island filled with peaceful resorts and private beaches. Be aware that once the commuters leave the city after dark, it dies out and practically nothing is open.

Langkawi lies north of the Strait of Malacca, near the border between Malaysia and Thailand. The monsoon climate means the area is hot and humid all year round. Local attractions include a mangrove swamp on the east coast of the island and a black sand beach in the north.

The second largest city of Indonesia has a population of 2.7 million and is situated in East Java. See the Masjid Al Akbar Surabaya, one of the largest mosques in southeast Asia and the beautiful Gereja Kelahiran Santa Perawan Maria, the oldest church in the city.

The splendour of the Indian Ocean not only lies within India itself but spans over various continents.

Some highly frequented ports include; Perth (Fremantle), Durban (South Africa), Mumbai (India) and also Singapore. This vast Ocean also contains some of the most paradisiacal islands on the planet. Locations such as the Seychelles, the Maldives and Mauritius are counted among the most popular tourist destinations worldwide and all call the Indian Ocean home.

Moreover, the beautiful Lakshadweep coral atolls, reefs and Sri Lanka’s unique flora and fauna all combine to make this one of the most untainted locations in the world.

Cruises to India Itself

India’s majesty is a result of its auspicious past steeped in spirituality and rich culture. India has thrived by repeatedly adapting and reshaping itself. It is constantly producing new forms of culture and absorbing new influences. Within India, there are numerous ports which are frequented by the most renowned cruise companies such as Mumbai (or Bombay) where Bollywood comes alive and energy pervades the streets. This bustling metropolis is both multicultural and traditionally Indian. Other ports include Cochin, a natural harbour, which was once the focal point for the Indian spice trade. Here you can explore the many palaces, museums, and forts of the city as part of an exciting onshore excursion.