Experience the culture, customs, hospitality, and scenery of Africa on an unforgettable journey. From city sights, to secluded safari's, you will be captivated by the diversity of this continent. 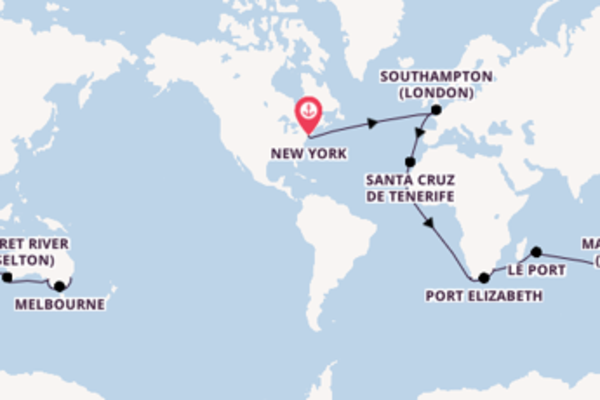 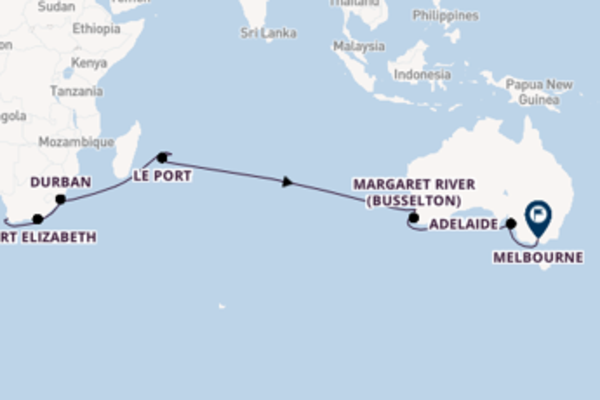 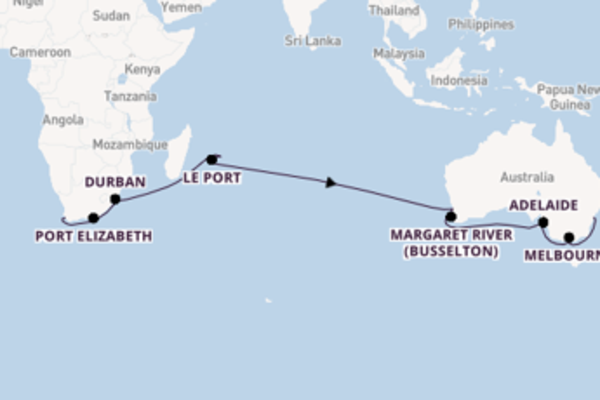 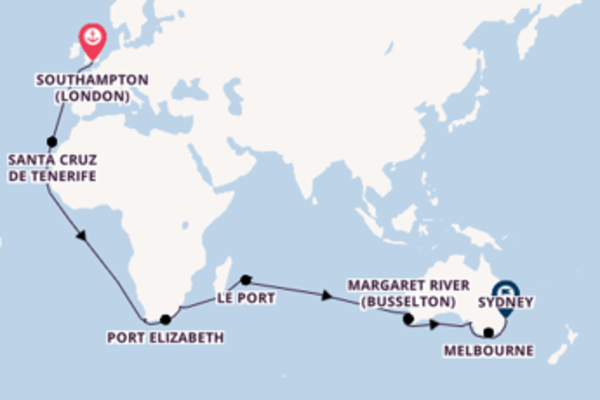 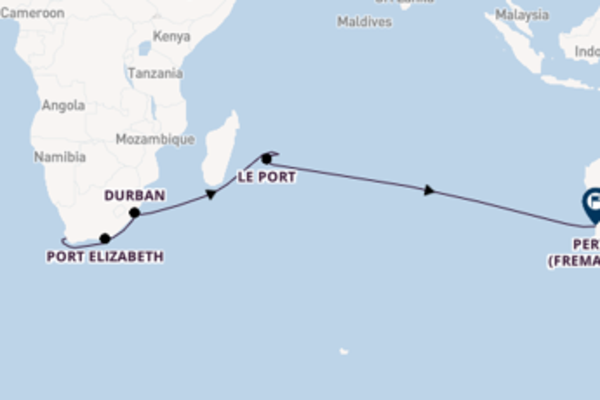 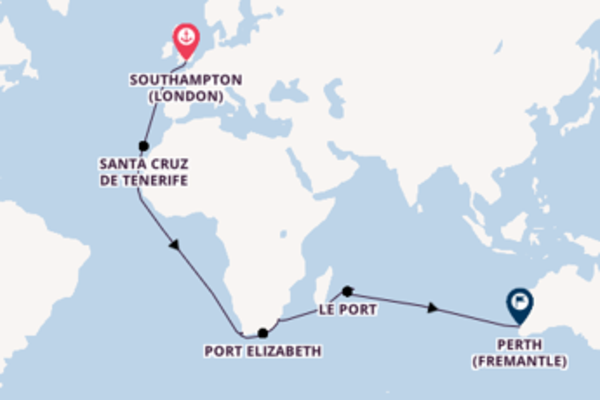 Africa Cruises
A cruise in Africa offers you the opportunity to explore many different unique cultures and landscapes. There are a wide range of destinations to choose from, whether your looking for a trek through the desert in Morocco or to catch some waves in Durban, Africa can offer you the trip of a lifetime. Some shorter North African cruises sail from the Mediterranean to Tunisia, Morocco and Algeria, and allow the cruiser to experience the colourful continent in all its beauty. Heading East, Egypt opens up the doors to the mystical and mysterious Arab world. If you ache for adventure, head to South Africa’s Cape Town, one of the most beautiful cities on Earth. Here, many Africa cruises depart against the backdrop of the awesome Table Mountain. Also on the East coast of the country is Durban, a city which never fails to impress even the most seasoned cruisers. But there is more! For a dose of tropical sunshine, look no further than Mauritius, the Pearl of the Indian Ocean. Thanks to its stunning port, St. Louis, Mauritius is one of the most exclusive resort islands on Earth – and what better way to discover its paradise than on an Africa cruise?
Show all Offers

Expert tips for cruising in Africa

Discover the unique and stunningly beautiful continent of Africa in style. With a wide range of sights, sounds and landscapes the African continent is ideal for those who are seeking adventure and once in a life time experiences. Shore excursions give you the perfect opportunity to explore all of the diverse destinations. Most major cruise liners have voyages to Africa. If you are looking to save money try MSC or, alternatively, try Silversea if you are looking for luxury. 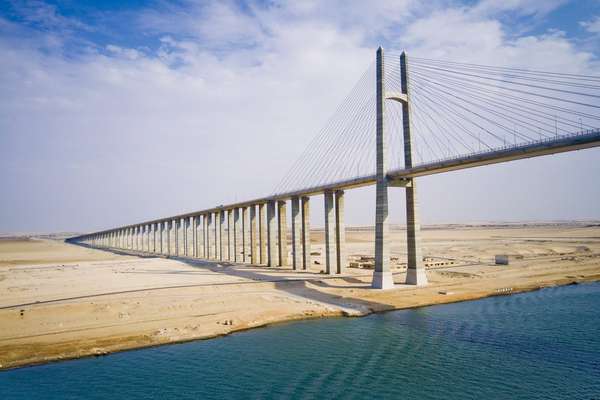 Suez Canal, Egypt
The Suez Canal is a man-made waterway in Egypt that connects the Mediterranean Sea to the Red Sea, cutting through dunes and deserts of the region. The construction of the canal shortens the journey from the North Atlantic to northern Indian Oceans and vice versa by about 7,000 kilometres. Passage through the canal does not require a locking system as the seawater from both sources sits at about the same level. Cruising through the Suez Canal offers spectacular views around every bend.
-25%
from$1,229
Suez Canal Cruises 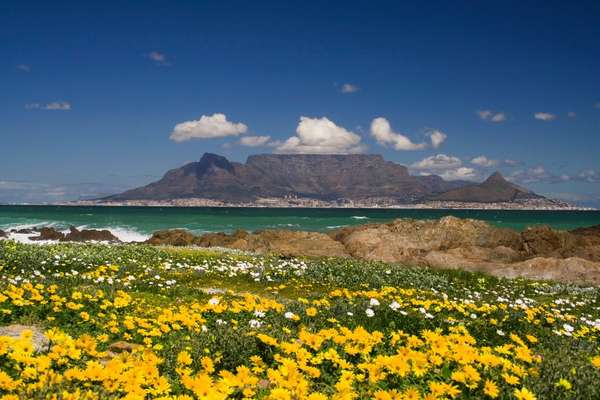 Cape Town, South Africa
Cape Town is the third largest city of South Africa with a population of almost 3.5 million and has been the city of the South African Parliament since 2004. Between October and march, Cape Town is a popular attraction for many tourism which is shown by their growing numbers in recent years. This in turn has made Cape town an important economic sector for the country. One of the favourite sites of tourists is the Table Mountain but the city has plenty more to offer. Museums, historic buildings, Castles and the oldest surviving building in South Africa are all options worth considering.
-42%
from$269
Cape Town Cruises 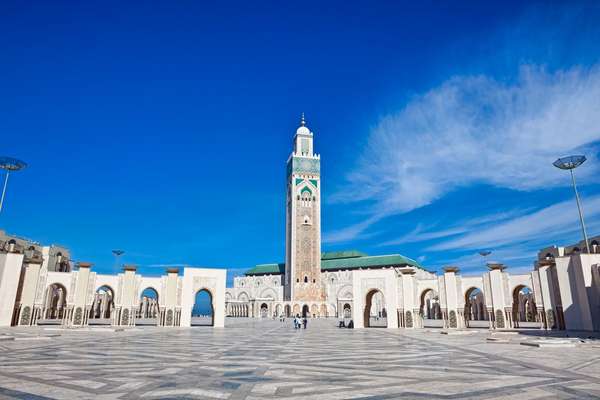 Casablanca, Morocco
Casablanca is Morocco's largest city and major commercial and industrial center. The main attraction of the city is the Hassan II Mosque, which was opened in the 90s. In the markets, there are vegetables, fish, footwear and handicrafts for sale. From the cafes, observe the street life and immerse yourself in another culture.
-44%
from$804
Casablanca Cruises 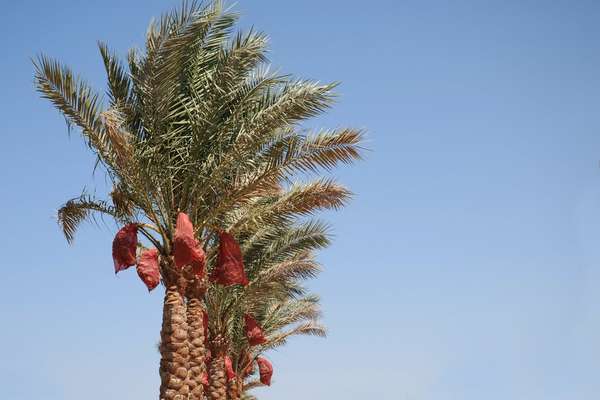 Safaga, Egypt
Stretching along a desert strip between the sea and the mountains, Safaga is a port town in Egypt that sits on the coast of the Red Sea. Although historically a merchant port, the seaside town also has a small tourism industry. The many coral reefs in the area, especially off the city of Hurghada just 53 kilometres south, make the region a popular destination for scuba divers and snorkelers. To accommodate these visiting divers, the town offers vacancies in several hotels, bungalows and rest houses.
-24%
from$2,750
Safaga Cruises 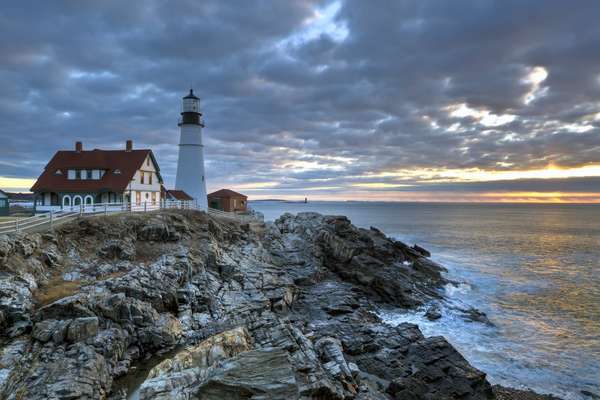 Port Elizabeth, South Africa
With around 737 600 inhabitants, the city of Port Elizabeth is the fifth largest city in South Africa and is situated directly on the Indian Ocean. Visit the large leisure complex 'The Boardwalk Casino & Entertainment World' and the many museums that can be found there or go shopping in the huge shopping center of Greenacres.
-35%
from$489
Port Elizabeth Cruises 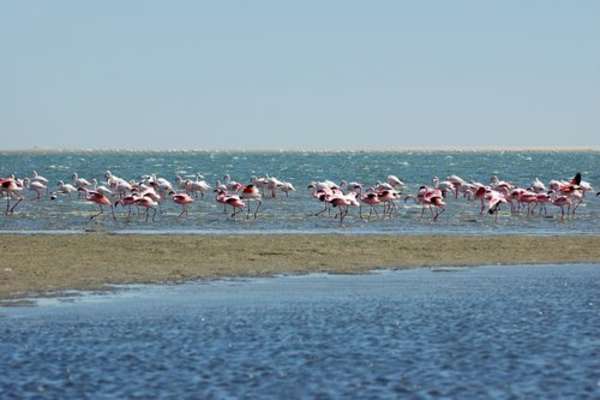 Walvis Bay, Namibia
Walvis Bay, 'Whale Bay' in English, is a city and bay on the west coast of Namibia. The city is home to the main sea port in Namibia and is the third largest city in the country. 67,000 people live in Walvis Bay on the Atlantic coast. In the city there is the Rhenish Mission Church, which is a National Monument in Namibia. Outside the city numerous tours and excursions are offered. Besides seals and dolphin tours, a trip to the southern lagoon is recommended. The 5,000-year-old lagoon is Namibia's oldest and largest.
-30%
from$489
Walvis Bay Cruises 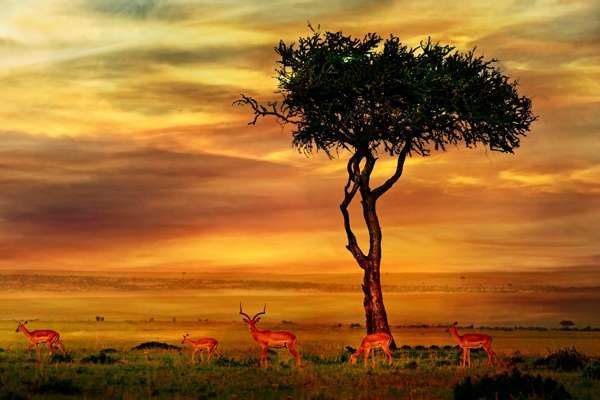 Durban, South Africa
Durban is situated on the Indian Ocean on the east coast of South Africa. Durban is South Africa's second biggest city, with slightly more than 3 million inhabitants, and is one of the most important industrial cities in the country. The beaches and the subtropical climate make Durban a popular spot for vacationers from around the world. Watersport enthusiasts will be extremely impressed by the activities on offer and the cultural side of the city boasts many museums, theatres and botanical gardens.
-26%
from$369
Durban Cruises 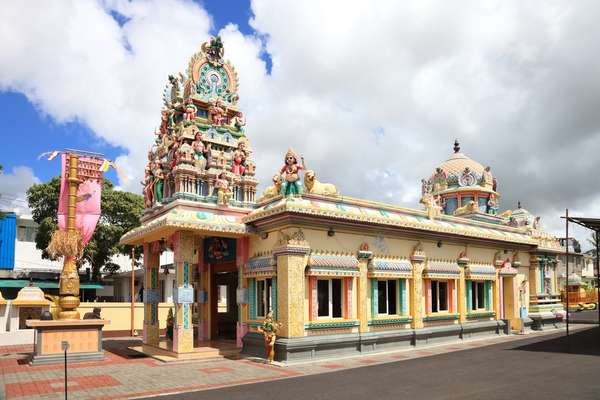 Port Louis, Mauritius
Port Louis is the capital of Mauritius. With a population of around 170 000, the city is the largest on the island. It is also the economic center of the country. Port Louis feels like a mixture of different countries and continents - Africa, China, Europe, the Middle East and others. Its lively streets provide a good alternative to the other part of the island filled with peaceful resorts and private beaches. Be aware that once the commuters leave the city after dark, it dies out and practically nothing is open.
-35%
from$2,359
Port Louis Cruises 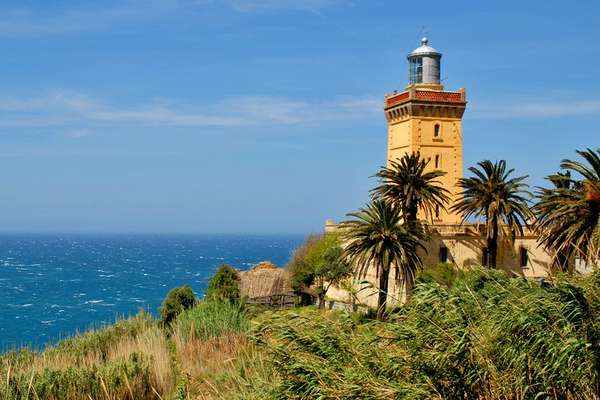 Tangiers, Morocco
Tangiers is characterized by its steep streets, which wind between the white walls of houses. The small and large businesses with all kinds of merchandise extend like a maze through the Moroccan port city. Other attractions include the Grand Socco, a large and important marketplace.
-19%
from$999
Tangiers Cruises 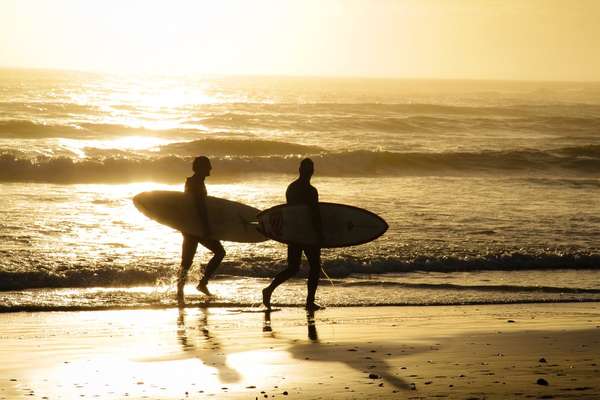 Richards Bay, South Africa
Richards Bay is located in the province of KwaZulu-Natal in South Africa. The city has many sports facilities and a fantastic landscape with numrous bays and lagoons. Try your hand at surfing, visit the wildlife Richards Bay Game Reserve park or get an astonishing view of the beach and port from atop the Lighthouse.
-35%
from$2,247
Richards Bay Cruises 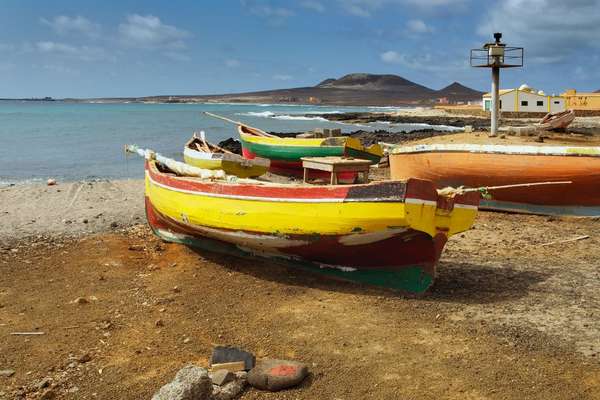 Mindelo, Cape Verde
Mindelo on the island of São Vicente, home to about 60,000 people. In the 19th Century, the port of Mindelo was of important strategic significance for shipping logistics. The city on the Atlantic is known for its carnival. Explore the rough, but sweet charm, of the Cape Verde islands.
from$3,613
Mindelo Cruises 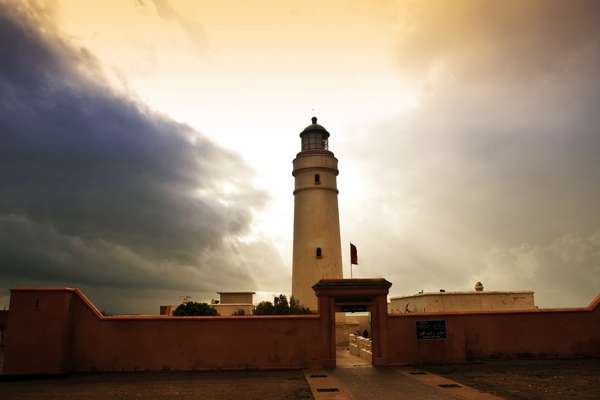 Agadir, Morocco
Agadir is a resort city in southwest Morocco with a population of over 600,000 people. A devastating earthquake struck in 1960 and destroyed the city, including most of the historic sites. One of the few survivors is the hilltop kasbah's original wall, the rest of Agadir had to be completely rebuilt. Today, the city is Morocco's biggest and most popular seaside resort. With only a handful of sights, a shiny white marina and a long sandy beach it is perfect for families wanting to get away from it all and relax.
-17%
from$2,873
Agadir Cruises 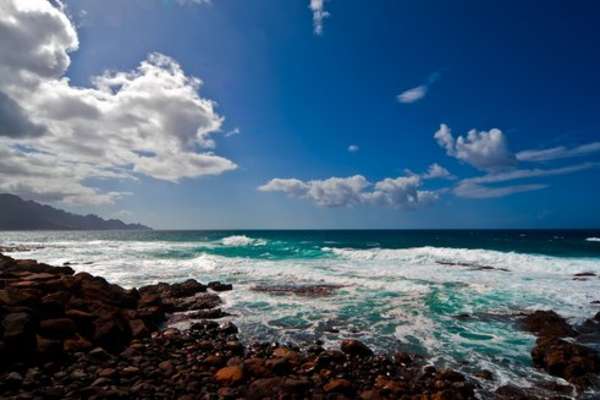 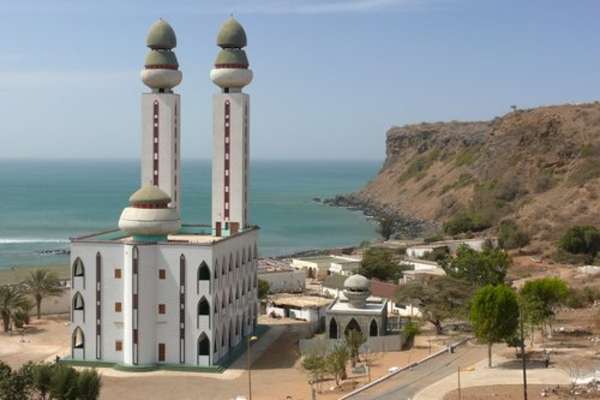 Dakar, Senegal
Dakar is the capital of Senegal as well as the largest city of the country. It expertly combines the modern big city with a traditional African way of life. Markets, museums, art galleries and film festivals all add to the charm of this vibrant port city. Cruisers will want to make the most of their time in Dakar. The twin hills Deux Mamelles, the African Renaissance Monument, and the Dakar Grand Mosque are just some of the must-see landmarks in the city. Also make sure you enjoy some of the delicious African cuisine.
from$7,095
Dakar Cruises 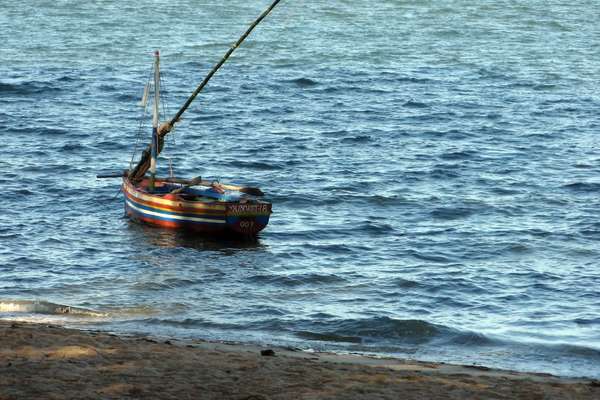 Maputo, Mozambique
Maputo is the capital of Mozambique. The city's new developments on Avenida Marginal, wide selection of hotels and restaurants and its well-stocked supermarkets make it into the country's most forward place. Maputo is a must-see if you want to get to know Mozambique. It is said to be one of Africa's prettiest capital cities thanks to its Mediterranean-style buildings, jacaranda-lined avenues, lively culture and leisurely sea side life. Maputo is pricier than other places, however, there is enough variety for any budget.
-25%
from$419
Maputo Cruises

Cruises to Africa are among the most varied in the world due to the diversity of the continent.

The bustling Arabian cities in the north contrast starkly with the arid deserts and dense rainforests which dominate elsewhere. This beautiful continent is bordered by the Mediterranean Sea, the Indian Ocean, and the Atlantic Ocean which has given rise to assortment of natural landscapes, all equally stunning and unique. There is truly something for everyone on a cruise to Africa as the shore excursions and destinations are as varied as the natural landscapes and cultures. So whether you’d like to go on an exciting safari to catch a glimpse of one of the ‘big five’, explore the splendour of ancient Egyptian temples or just sunbathe on top deck, the choice is yours.

Africa is not the first destination that springs to mind when one considers cruising but that is precisely why it is such a memorable experience. The mainstream tourist industry has not yet invaded this region and so it maintains a refreshing authenticity which converts to a memorable holiday experience. The dramatic vistas, ancient cultures and indigenous wildlife you will encounter will impress you to no end. Popular destinations include the fabled Casablanca in Morocco, the affluent Cape Town in the South and the ‘Pearl of the Mediterranean’, Alexandria in Egypt. At CruiseAway we believe that a cruise is the absolute best way to see Africa as its size and diversity would otherwise make it difficult for travellers to have a comprehensive experience of the region. Cruises allow you to take part in carefully selected shore excursions with the bonus of being able to come back to your luxurious vessel at the end of the day for some R&R.

Located at the southernmost tip of the vast continent of Africa, this eclectic country has diverse people, cultures, and customs which make for an equally diverse and interesting cruise destination. South Africa is becoming a more popular cruise destination year after year and this reputation is merited. This unique country escapes the searing heat that scorches the rest of Africa due to its position on the coast and offers an extensive array of onshore activities for passengers to choose from. South Africa’s success as a cruise destination stems from its universal appeal, with natural attractions such as beaches and also adventure trails.