Let us take you to top destinations like Lisbon, Paris, Porto, and more. 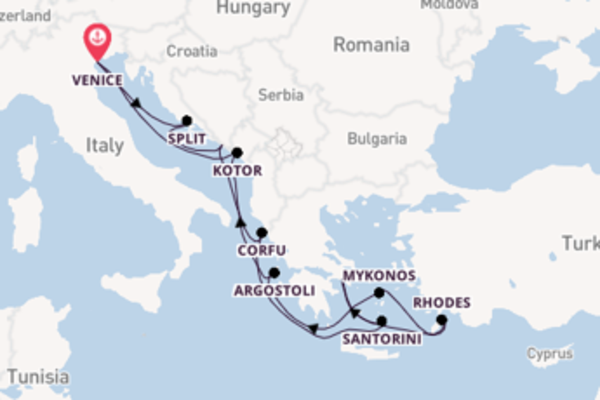 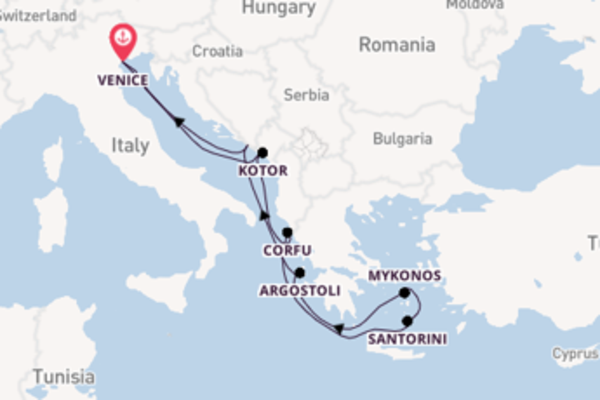 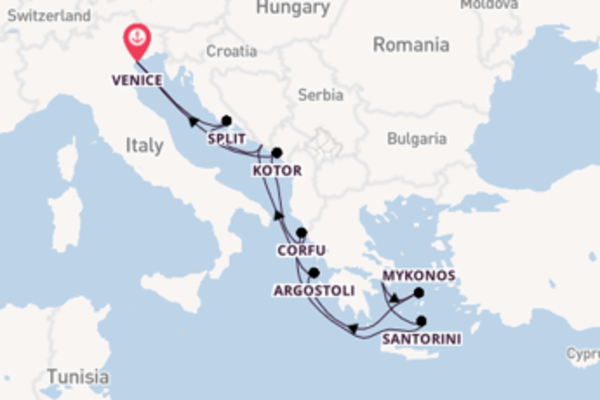 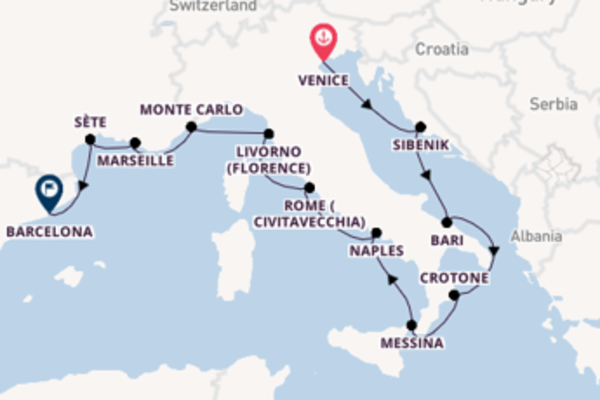 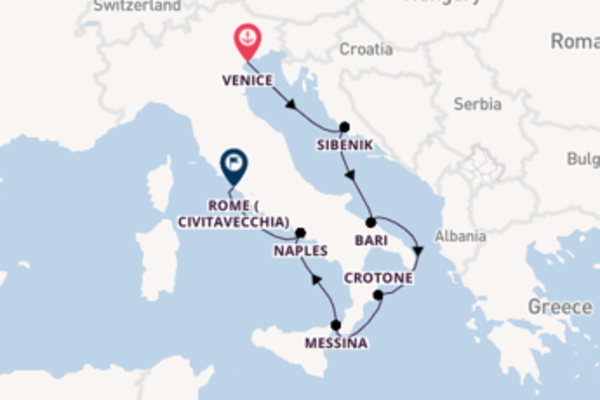 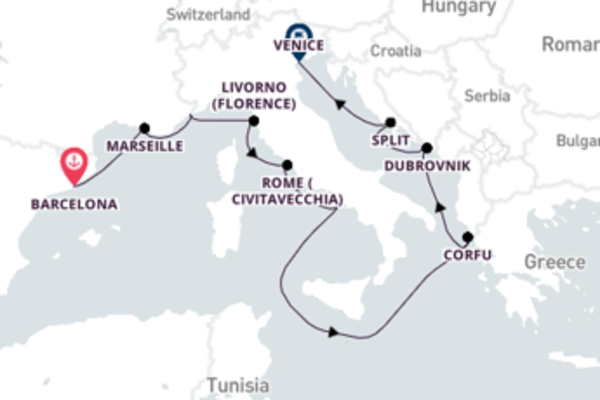 Cruise to athe fascinating cities, towns and villages of Western Europe. Learn all about the dynamic cultures and get to know the warm friendly people that live along the Western European coastline. See the iconic art works and architecture that inspired so much of the modern world. Western Europe promises a highly rewarding cruise experience.

France, Spain, Portugal and much more are likely to be on your itinerary. This fascinating region is home to some of the most spectacular and varied tourist attractions in the world such as the Paris’ Eiffel Tower, the Arc de Triomphe and others. With its variety of languages, cultures, sights and climates, Western Europe delivers a diverse range of highly enjoyable and unique experiences throughout the year, making the continent increasingly popular with cruise enthusiasts worldwide.

Some of the most visited cities in the world are located in Western Europe such as Lisbon, Porto, Paris and more. Better yet, you can see them all in one cruise! No wonder it is one of the most popular cruising routes on the planet. Shore excursions will allow for full exploration of these cities. 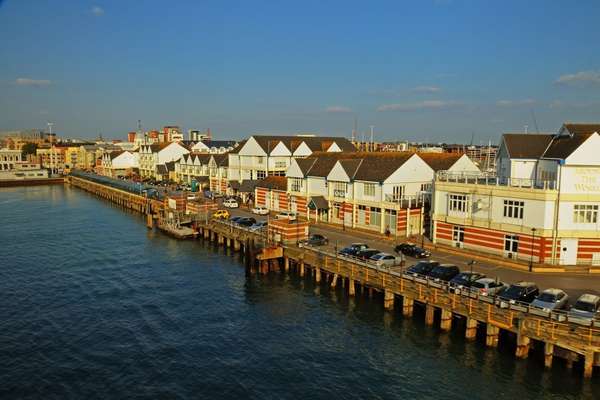 Southampton (London), England, United Kingdom
Southampton is a historical port city located in Hampshire county, southern England. A popular city in its own right, with attractions including the Tudor House, the stunning gardens of Mottisfont Abbey, and more, most of its appeal is held in its status as your gateway to the metropolis of London. Most cruise lines visiting Southampton will start or end their cruise here, or will offer excursions to explore nearby London. There you can enjoy everything from history to culture, cuisine and everything in between. The Tower of London, Big Ben, Westminster Abbey and a whole lot more await.
-42%
from$349
Southampton Cruises 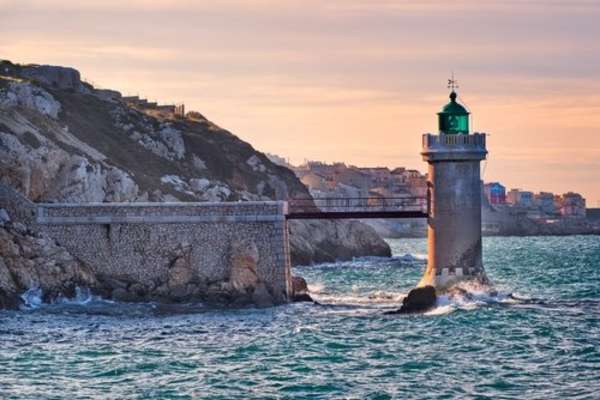 Marseille, France
Marseille, France's main port city, is rich in history which can be traced back to the year 600 BC. The beautiful Basilique Notre-Dame de la Garde is a focal point of Marseille and with its stunning hilltop location is the ideal place to look down over all of Marseille and beyond. The city is a blend of style and history, with shopping areas and modern architecture contrasted with historic sites in the old town and port. A trip by boat will bring you to the Château d'If, an impressive fortress on an island boasting turquoise waters, pristine beaches and spectacular limestone cliffs.
-42%
from$99
Marseille Cruises 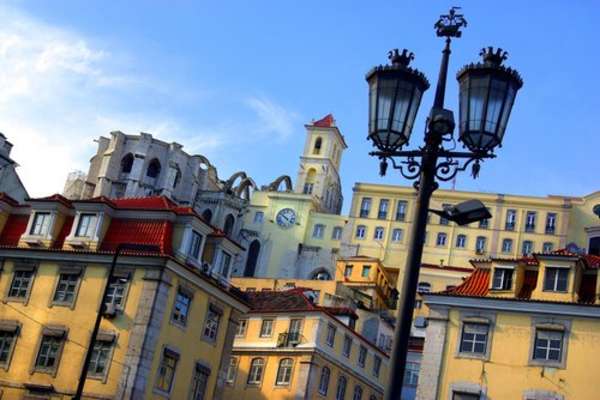 Lisbon, Portugal
Portugal's capital is one of Europe's oldest cities, and offers tourists a diverse and interesting cultural activities. The Torre de Belém and the Mosteiro dos Jeronimos were recorded as a UNESCO World Heritage Site in 1983. Lisbon has many interesting buildings, parks and museums and also hosts the annual jazz festival 'Jazz em Agosto'. Saint George castle comes highly recommended, as it offers a spectacular view of the city. In addition, you must try the Portuguese cuisine. Try one of the city's famous dishes, the cod is a particularly loved dish.
-44%
from$1,073
Lisbon Cruises 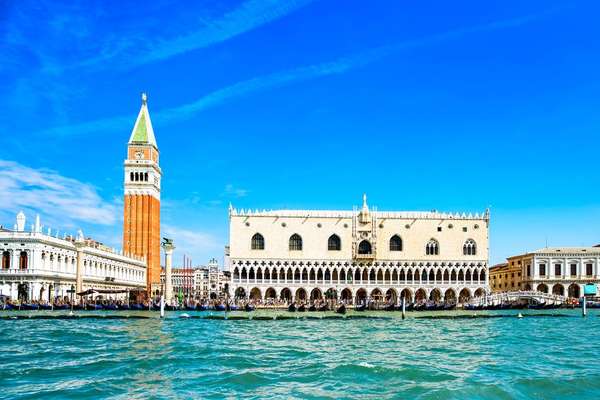 Venice, Italy
Venice is a stunning city which has been on the UNESCO list of World Cultural Heritage since 1987. With its 175 canals and over 400 bridges, the city is full of character and is waiting to be explored along it's picturesque waterways in one of the many gondolas. St. Mark's Square is a real highlight of Venice, with St. Mark's Basilica being the heart of Venice, a beautiful blend of Venetian, Roman and Byzantine architecture which is sure to amaze all visitors. No matter where you wander in Venice you are sure to find stunning architecture, fine food and unforgettable experiences.
-46%
from$1,044
Venice Cruises 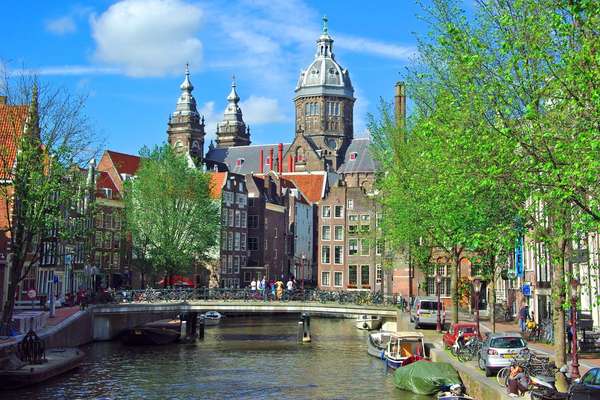 Amsterdam, Netherlands
Amsterdam is a European cultural hub, known for its diverse culture and laid-back attitude. Canals criss-cross the city, and boat tours are a great way to explore. However modern the city may be today; the capital city of the Netherlands offers an abundance of historically significant sights. The Van Gogh Museum and Rijksmuseum offer an unrivaled collection of artworks, while a visit to Anne Frank’s House is sure to provide an unforgettable insight into the dark history of WWII. Whether explored by day or by night, a trip to Amsterdam promises to offer something for everyone.
-42%
from$325
Amsterdam Cruises 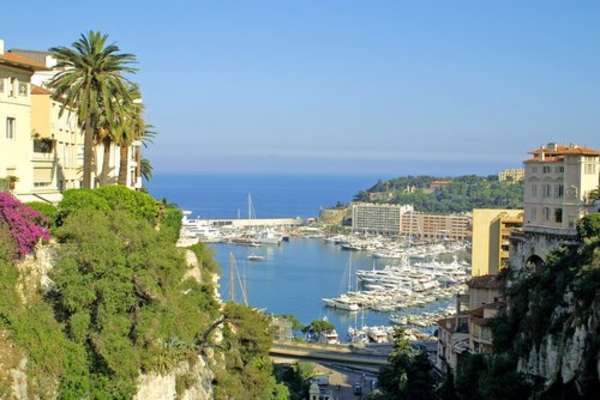 Monte Carlo, Monaco
Monte Carlo is a city of the rich and famous, but also offers numerous attractions for regualr tourists. The Duke's palace high above the city, the casino and the Botanical Gardens are just a few of the highlights. AS Monaco is one of the most successful football clubs in the French League and a Formula 1 race takes place each year around the streets of the tiny nation.
-42%
from$1,089
Monte Carlo Cruises 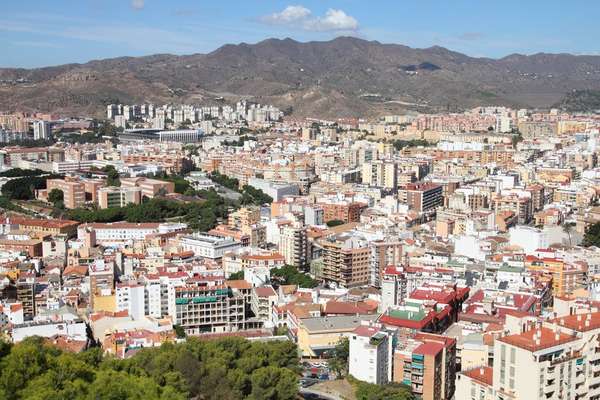 Málaga, Spain
Málaga, with approximately 569,000 inhabitants, is the sixth largest city in Spain. Due to the favorable climate of Malaga, it is one of the most popular tourist destinations in the Iberian Peninsula. Several museums and buildings characterize the city. From the Alcazaba, a Moorish fortress from the 11th There century to the Catedral de la Encanacíon to the birthplace of painter Pablo Picasso, Málaga has much to discover and admire.
-31%
from$779
Málaga Cruises 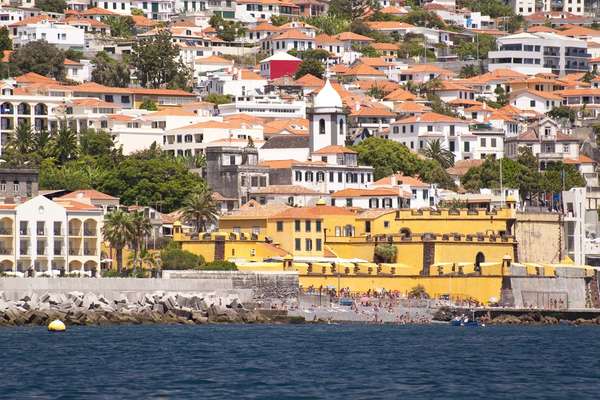 Madeira (Funchal), Azores, Portugal
Funchal is the capital of the island of Madeira, the Pearl of the Atlantic, known for its many exotic flowers. The origin of the name comes from the discovery by the Portuguese. When they arrived there, the islanders grew a lot of fennel. The city can look back on a nearly 600-year history. Explore the Levada, artificial watercourses, which pump rain water from the north and the center of Madeira to the farms in the south.
-31%
from$779
Madeira (Funchal) Cruises 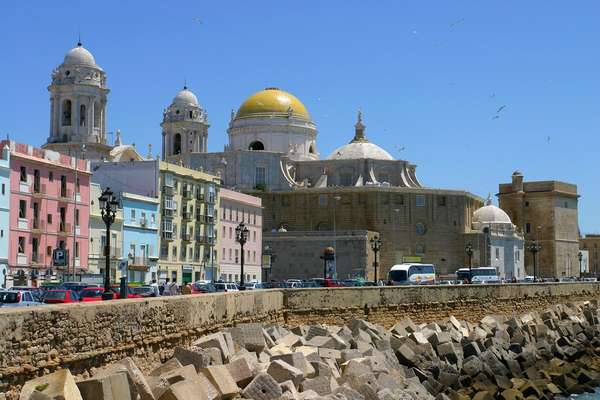 Cádiz, Spain
Cadiz is situated on a peninsula in the south of Spain. Do not miss the cathedral from the 18th Century. From the towers you have a great view of the city. In addition, you should visit the old bath house, the Plaza de Mina, the Church of the Holy Cross, with foundations dating from the 13th Century and the Holy cave paintings visit. In many bars and cafes you can taste typical Spanish dishes and watch the hustle and bustle on the streets.
-31%
from$1,486
Cádiz Cruises 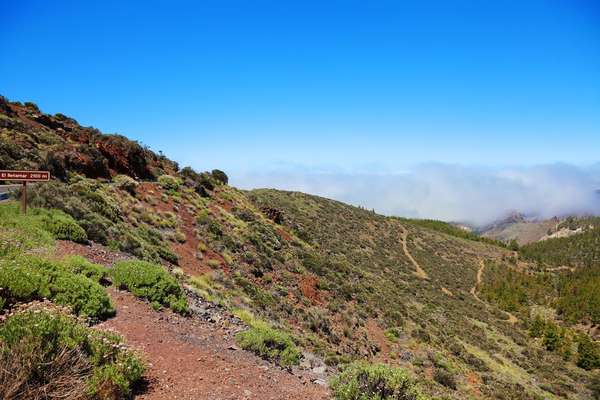 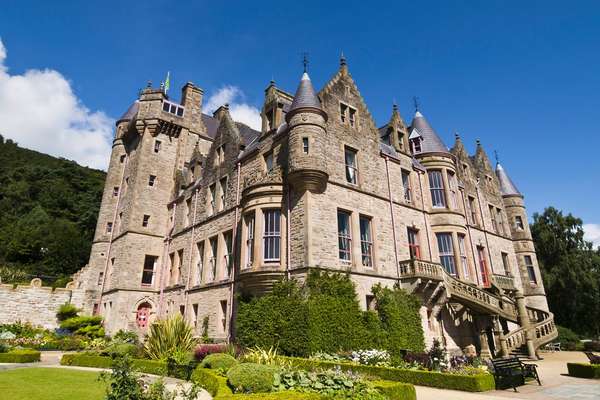 Belfast, Northern Ireland, United Kingdom
Belfast is the capital of Northern Ireland and is fast becoming a European cultural capital. The city is well-known for its connections to the Titanic. The impressive Titanic Belfast opened in 2012 and charts Belfast's rise as an industrial superpower, and showcases the huge slipways where the vessel was built. Belfast City Hall, open since 1906 stands at the centre of the city and on sunny days the surrounding grounds become a popular picnic spot. Wander the waterfront to discover Belfast's stunning Victorian architecture and great spots to eat, drink and listen to music.
-42%
from$1,499
Belfast, Northern Ireland Cruises

Cologne, Germany
Cologne is located in the German state of Nord Rhine-Westphalia and enjoys a great location along the Rhine River. Cologne has much to offer visitors outside of the renowned Gothic Cologne Cathedral, where visitors can enjoy panoramic views over the whole city from the tower of the Cathedral. Cologne is also home to the Schokoladenmuseum which allows visitors to learn about the process of making chocolate while also offering delicious samples. Cologne also has a love-lock bridge of its own located by the Cathedral, where many visitors come to add the the collection of padlocks while taking in stunning views of the River Rhine.
-20%
from$325
Cologne Cruises 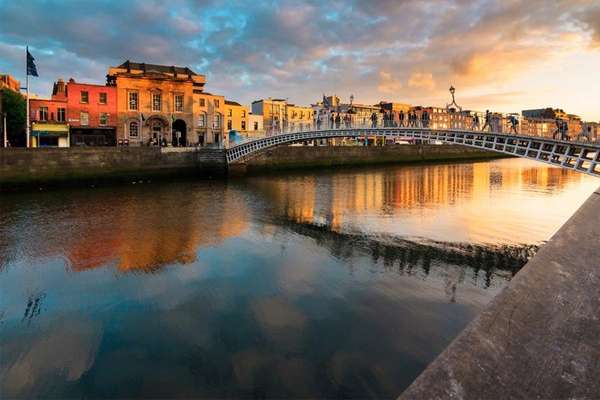 Dublin, Ireland
The capital and largest city in Ireland, Dublin showcases the best of Irish heritage, with layers of history from its 9th century Viking past, booming 18th century Georgian times, scars of early 1900s rebellions to modern groundbreaking infrastructure. Walk the grounds of Ireland’s oldest university, have a few scoops in Temple Bar, or learn how to pour your own perfect pint in the famous Guinness Storehouse. Whatever you decide to get up to, memories of your trip to Dublin will stay with you forever.
-42%
from$1,620
Dublin Cruises 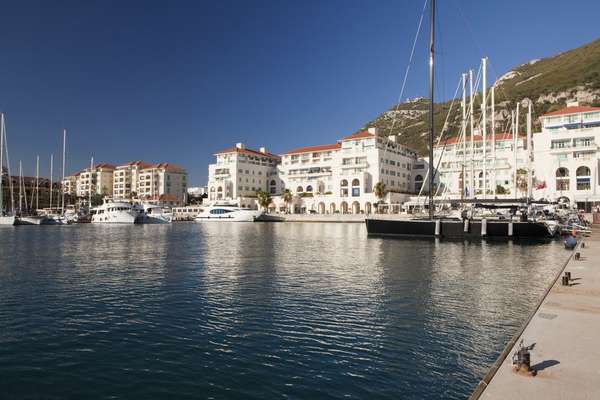 Gibraltar, British Overseas Territory
Gibraltar lies at the western entrance to the Mediterranean to southern Europe and is bordered by Spain and Morocco. The British Overseas Territory is divided into three parts; The Old City (North Town) is characterized by numerous historical buildings, including the Moorish Castle dating from the 8th Century. In the second part, Southtown, there is the Europa Point. The third part is home to the famous monkeys.
-26%
from$1,409
Gibraltar Cruises 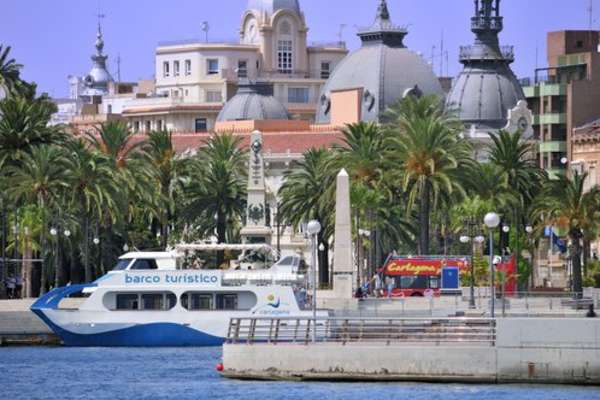 Cartagena, Spain
Cartagena is located in southeastern Spain. The port city has not only one of the largest ports in Spain, but also many historical buildings. Among the things to see are the ruins of the castle "Castillo de la Concepcion", which offers a great view of the city and surrounding areas.
-30%
from$1,320
Cartagena Cruises

A cruise to Western Europe and the Atlantic Islands opens up a diverse range of cities and landscapes. The Atlantic Ocean and its islands span from Northern Europe all the way down to the Southern Hemisphere, with clusters of islands and post colonies of a bygone era.

Up North lie the Faroe Islands, one of Northern Europe’s most hidden treasures, situated between the Norwegian Sea and North Atlantic Ocean and northwest of Scotland. This archipelago nation comprises of 18 islands and has a length of 113km. The Faroe Islands were discovered by Vikings from Western Norway and soon became a fortified area of trade. With an abundance of unspoiled scenery and natural wildlife, the Faroe Islands are truly a birdwatcher’s paradise (just don’t forget to pack binoculars and sunglasses!). On a cruise to the Faroe Islands you will have to see Tórshavn, one of the world’s smallest capital cities, yet not one to be missed. Tórshavn makes for the perfect shore excursion with its charming atmosphere and fascinating history from centuries past. Many cruises to the Island also take in the beauty of Iceland and its own unique environment.

To the east of the Atlantic Ocean lie the British Isles, where there is no shortage of charming towns, rolling green hills and enchanting castles. Cruises to Edinburgh offer you the chance to explore the cultural heart of Scotland, home to stunning Georgian architecture and cobble-stoned streets. After exploring the wonders of Scotland, be sure to stop off in London and check out this iconic city’s unique landmarks. Get a bird’s eye view of London from the spectacular London Eye, and take a tour of England’s rich history by visiting the Houses of Parliament and the Tower of London. Across the sea you can cruise to Ireland’s thriving capital city, Dublin. Visit impressive castles, view Dublin’s most historic buildings and sights and enjoy a pint at the Guinness Brewery.